It's 4:46 AM right now, and as I'm writing this, I'm rather enjoying the absolute silence of the night other than the quiet typing noise of my laptop.  I'll be leaving soon, and I'm too scared to sleep that I may oversleep (which I am prone to do).  So I'll write, I've been meaning to anyway.

I really like this city.  Much more than I had imagined.  I think I used to hate it.  Grey.  That was the word that described Toronto to me.  Everything is grey.  It's grey when it snows, it's grey when it rains, it's grey when it's just another day, as there are little greens for lights to reflect off of.  But I've come to appreciate the city. More specifically, North York, aka North K-Town (Yonge & Finch). Not that I know anything about North York (as I have spent majority of my teenage years in-doors, gaming), I went to high school around here, and I went to college from here, and I spent this year's summer here at Yonge & Finch.  And I'm going to miss it all.  Of course, I don't think I'm gone forever, I'm sure I'll return.  But I am going to miss it regardless.

Perhaps my favourite thing about this city is that it sleeps.  With all the craziness during the day, once it hits a certain hour, it dies silent.  I like that.  I like the accessibility of a city, but not when it's restless.  I do enjoy a certain level of solitude and quietness.  And boy how I will miss this once I set my foot on a country that never sleeps. 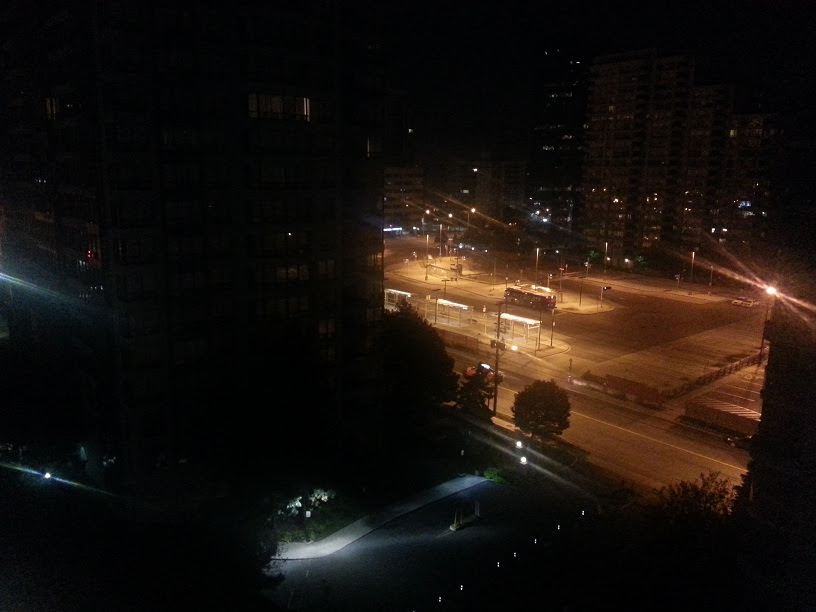 So... Korea
It's so crazy.  I'm 24, and I'm putting off everything in life and going to Korea just to have a shot at pro dota. How insane...  I don't expect people to understand me.  Shit, I don't even completely understand me. There's no certainty of success either, and the risk of ruin is beyond measure.  Pro dota is a tough scene. It's been there for nearly ten years now, if not longer.  My first replay viewing was that of MYM vs. T_T (thanks Chuck), where Loda played a mean SF, and Akke played Warlock back in what... 2005, 2006?  The same players are not only still around, but remain a world champion.  Forget them, they're way beyond my league right now.  Let's talk about me.  I'm far from being the best of where I'm from; NADota.  There are tons of players far better than me, and I'm not even a player who gets respect from majority of my peers. If anything, I'd suspect most would consider me a mediocre player at best, which makes this venture even crazier.  So why do it?

I suppose I would not be doing this if I thought that I had no chance.  If there is one thing that's going for me, I think it's the ability to appreciate things where many will be dismissive about.

One day I realized that I am not a special person.  And that if I were to excel at anything, I must learn from those that are special.  They may not always understand why they're great, but I needed to understand it because I didn't have those natural talents.  This became a common practice for me for anything I was involved with, trying to understand the mechanics of things.  I'm no Dendi.  And I'm no Fear.  But I have my own strengths and it manifests differently, in subtle ways.  For me to be fully effective, I think I need a team.

Which brings me to Korea.  Why Korea?  Because Korea is the only country where a player like me (a nobody) will have a shot.  Sadly, at this point and time, there is little future in NA.  In another entry, I mentioned that to have a shot at TI, you need to play eight hours a day, five days a week, during EU peak times in NA.  Such expectations are nearly impossible to meet, and no one in NA expects that of each other. But the requirements as I mentioned is a reality.  Without it, you are not making it to TI as a newcomer (perhaps, even as a veteran, look at EG, where you have made players struggling).  That sort of discipline is required.  Now there's MLG involvement within NA scene, and we may have new teams pop up, but the walls of TI is high and mighty, and it won't be an easy climb.  Remember, Dignitas was the last American team that mattered, and they had been formed months before TI2.

Korea on the other hand, players expect each other of devotion.  It's the norm.  The provision of an environment where players are able to do this comes easier too (gaming houses, etc.).  The scene is also a lot weaker, and they're looking to nurture and grow the scene.  It's a perfect place for a nobody like me to join.  So it isn't all grim.  I got some outs (like runner runner straight flush to beat the made nut flush??).

This is a leap.  I don't know if it's quite a leap of faith, but a leap nonetheless.  And I hope that when I descend, there's something more than just a dark pit of abyss.  I've given this a plenty of thought, and I know my risks (massive), and I know it's stupid (so much so), but I'm doing it (cuz yolo).

Shoutouts to those that give me the strength to make this decision:  My family, Seven Lives, PandaQ, Annihilate, Misha, Mahmud, Bryan, Dusty, Longple, many supporters of LPn, D, and everyone else.  All of this may end up in nothing, and this post may end up looking silly as shit, but I'm still very happy that I'm doing this and I'm grateful for all of you guys.  Thanks, and wish me luck.Th
Labels: Dota 2