Get the fuck in there

Dota in many ways is a game of chicken.  Spells in dota are powerful, and a mistake can be very costly, so everyone tries to stay within their comfort zone and not try to venture into uncertainties.

You weren't always like this.  When you were new to the game, you were fearless.  Largely because you had little to know to even fear, but fearless.  As you develop a better understanding of the game, of what heroes do and their spell set look like, you've become more respectful of what the enemy is capable of.  Thus the chickening.  This makes many play scared, often choosing to play passive, farm based and without pressure.

Just run at them and press buttons

It was what now foregone (though not forgotten.... nor dead) Broodstar had told not just me, but everyone he encountered.  He wasn't best at articulating all that he meant by saying that, nor did he give a shit to explain at all.  But the message was there and clear; stop being so damn scared all the time, get the fuck in there and press your spells.

This one time, he did something interesting to demonstrate the power of run at shit, though I imagine education wasn't top of his priority list, but to expose awful players for his own amusement.  He ran the fuck in and pressed no buttons.

And this sounds total bullshit I know, but dota was a different game back then when the cores were much stronger, and the difference between pos4 and pos5 is that pos4 had forcestaff only in a winning game (so you pretty much had two 5s).  An edge a player had back then was much bigger.  Your respect for players like Brood was massive because he had ~80% winrate in IHL before the days of ranked matchmaking.  When he ran at you, your butt clenched and knew something bad would happen.  Except, this time, it sort of didn't.  He ran at you, you would freak out and do a bunch of clowny shit, he'd back out and everyone would get a hearty fuckin' laugh.

What he showed me then was very powerful.  You see, every player has their comfort zone in varying degree.  When you enter a player's red zone, they tend to freak out and is susceptible to making mistakes.  And you want to be the kind of player that can draw out mistakes from the opponent.  To do so, you must take risks, as without it, there is no reward.

If you ever feel a bit stuck in dota.  You can do this experiment yourself.  Try running in, and run in a little deeper than you usually do before casting a spell.  This works best when you are the aggressor and have an upper hand.  See what difference a 150 range make when you move in a bit more further in than you would normally.  To both you and the enemy, this is an uncharted territory.  You would never know what would happen really, until you do it.

It has some other elements too.  In dota, you don't always have time to communicate ac action.  As they say, it's a game of milliseconds.  But you don't really need to say anything if everyone just runs in and press buttons.  We let our actions do the talking.

Here's an example.  I'm a fat TA and you are ES.  We see a full HP, low level SD.  I can three shot him, but he may disrupt me after 2 hits.  So our goal is simple, I go in and do my deed, and you stun.  As soon as we see a vulnerable SD, all of this should be instantaneous.  We don't have time to put on our top hat and monocle and discuss the plan of attack.  I go the fuck in.  And so should you.

don't be a leo guys, commit!!
oh god its a suicide joke how classless..

Brood operated on doing something that is right even if the others didn't see it.  And when others failed to comply, he would then flame.  He wasn't friendly by any means, but he pushed you to play better to his expectations and standards.  This is also why so many pros are bitter all the time playing a pub, because the game does not work if we don't take a leap of faith.  And we take countless leaps all the time, only to be returned with nothing but the comforting air and a hard fall on your ass.  So run in friends, and press buttons.

You see, we are scared.  All the time, we are just scared about everything.  Scared of making mistakes.  Scared that we may get flamed for our mistakes.  Scared that we may lose because of our mistakes.  Somewhere along the line, you've lost your sense of adventure, as fear and comfort has overtaken you in the game that you've become so accustomed to.  You decide to go jungle instead of pushing that extra wave because you are afraid of getting ganked.  But you don't realize that you should risk the gank because A) it's direct pressure, as someone must react to this push and B) if they do make a move and fail, it's space.  There's too much respect.  Let them prove to you that they are deserving of such respect and adjust accordingly.

So get into spots

You might be pretty good at Antimage.  But Arteezy is better than you at AM, and that's because he's made more mistake than you have.  It is through his meaningful experience of the hero that he knows his boundaries more.  It's like entering a dark cave with no lights, whereas you might have only wandered within 20 feet of your original position and crawling up in a fetal position, he has ventured further and touched every corner of this cave.  In the process, he ran into a stalagmite, stumped his foot on a rock, and got ganked by zubats even.  But in the end, he has a better sense of what the cave looks like than you do.

If someone is good at a hero.  It means largely two things.  First, he knows his success scenario, and how to replicate it.  Secondly, he knows his boundaries far better than others.  He knows how to put himself in spots where others would be uncertain about, and know how to come out ahead in those spots.  I see this all the time.

Just the other day, I saw Badman on Morph call to end the game.  I wasn't certain of what he saw, and thought we should back.  But he was right, and we highwayed through mid and ended the game.  This other time, I saw Kotaro (aka Minoz) Storm diving this Invoker with full HP and raindrops from a far distance.  I didn't see a kill, but apparently he did (https://a.pomf.cat/kutxkq.mp4).  Hell, I've seen this clip many times and I still have a hard time seeing this.  I just don't know the hero well enough. 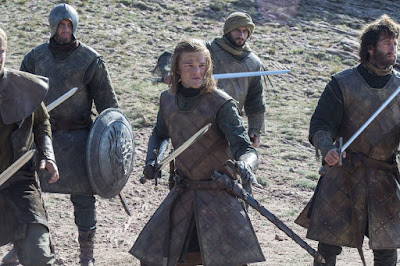 Don't avoid spots.  You should experiment and put yourself in weird, interesting spots.  That's how you map out the boundaries of a hero.  Now that you have learned what the opponents are capable of.  It's time to be brave.  Rest in peace Ned "ボロ ボロ" Stark.
Labels: Dota 2