The pub culture of dota seem to vary from region to region.  Different heroes, different playstyles and even different atmosphere.  In this entry, we'll look at some of the things I've observed from Chinese pub scene, the Perfect World. 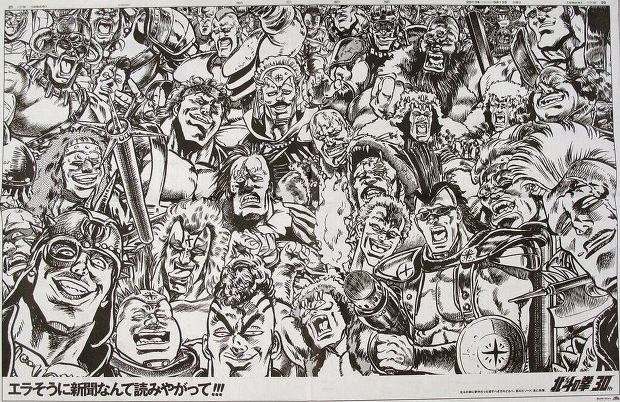 The pub culture of China is hands down the most brutal, ruthless shit I have ever seen.  It's basically dota set in the universe of Fist of the North Star.  First thing you will notice is that there is no safelane.  In fact, you will soon realize that there is absolutely nothing safe about the Chinese pubs.  First pick is Juggernaut, and second pick is Axe like clockwork every game.  Third is often a Silencer, and it really varies what sort of an early game Silencer will have.  It can be miserable, and it can be okay.  It larges depends on who is accompanying Axe to his lane.  Often times, it's strong enough to crush your Juggernaut safelane (who - oddly - will go to safelane to his demise every game).  Instead of picking two strong supports that can contest the Axe dual lane, they return the favour by picking something that would crush the enemy safelane as well.  The games are almost always four cores, if not even five cores at times.  Couriers are bought (most of the times anyway..), and maybe even the first set of wards.  Everything after however is at your own, personal discretion.  A walking courier at 14min into the game in China is not unheard of, let alone a pitch dark map with five cores all competing for farm and space.  There are many Earth Spirits and sometimes even roaming Dooms that randomly show up behind your tower from lvl1 with nothing but Centaur stomp, and kill you, leaving you terrified of what had just taken place.

Get the picture yet?  It's a goddamn horror house.  And yet, barring these ... cultural differences, the quality of games can be quite impressive.

It's Darwinian as shit.

The trend of fucking up enemy safelane seem a deep rooted tradition in Chinese pubs.  Perhaps the idea is that if the enemy safelane has an easy lane, your chance of losing skyrockets so why do that.  Instead of playing like gentlemen, trading farm and making your move starting midgame, the Chinese don't give a fuck and will fuck your shit up starting minute fucking zero, and everyone ends up at mid lane by 5min regardless of picks.

Picking your traditional supports is not a solution either.  Take Skywrath for an example, a great solo support, great at zoning and is capable of playing a hobo ass 5 role while staying relevant.  That is, if it ain't the Perfect fuckin World.  You are not going to have a great time when Batrider and Axe comes to your lane, with Earth Shaker occasionally dropping by to say fuck you.  Even if you do get past the laning phase in one piece, a Skywrath who's buying supportives will most certainly struggle against four cores from midgame onward.  Because of this, China has a very limited pool of support heroes that can be successful.  They have to meet certain conditions:

As you can imagine, buying supportives on these heroes may not be the most realistic thing to do because you need to get strong enough to combat four cores at 40min into the game.  You might just need a BKB, in which case all your gold is going towards a BKB.  And because you also have four layers of fatcores, a little damage here and there that come of shitty vision or unupgraded courier is not as a big deal either.

Players are generally better.  I mean, you are always going to be disappointed in some ways, but you are going to be impressed at how good players are just as well.  The general button pressing abilities of players are very high.  Players are really HAM too, they just go the fuck in.  And since every game has so many cores, being down a rax or two rarely seem to bother anyone.  When you have 10 cores running amok, the game is on until the throne blows up.

I also find that players are much better at late game fights than other regions I've experienced.  When the game is like 60min, and even supports have sheeps, blink and bkbs, the game gets funny because everyone has so much options.  The teamfights will have several pages of action, beyond the scope of "Tide blink ravaged and we all pressed our buttons and the fight was over".  It comes to a point where it's very hard to imagine how the teamfight will and should go.  In these moments, you rely on your instincts and try to come out in one piece.


Every man for themselves

Players are about winning, but they rarely do the little things that makes the game run smoother.  So, if you are used to that, you are going to have a sour experience in Perfect World.  Chinese pub culture is really not about that, or at least, it manifests in a very different way.

For example, if someone on your team picks Earth Spirit to shit on the enemy SF, he's ganking your lane because that's what will yield most success for him.  But he won't buy wards for you to be safe from ganks or up chick in time for you to bottlecrow when runes are contested.  Instead, he'll sit behind you and countergank the imminent aggression, and take your lane when you have to go back to base because again, that's what's going to yield most success for him rather you die or not.

When accustomed to the comfortable life of vision and stacked camps, the pub life in China can quickly become hell for you.  But the mission to win the game remains the same regardless of region, and you still have to find a way to be successful.  Which brings us to our next chapter.

Dota in China is a brutal, savage thing.  Not dying alone can come a great challenge.

The clip above is a highlight of a very high rated game in China.  Our mid player (Roddgeee) happened to be in this game and Jubei and I got to watch it live.  What you do not see in this clip is how crazy lame Maybe's SF plays mid versus June's QoP.  To summarize, Maybe got firstblooded before creeps spawned, and June purchased an extra nulls with this.  If you know anything about this matchup, you would know that there come a time where SF is so rolled that he loses all competitiveness in the lane.  Even showing a glimpse of his face in the lane would mean his death.  Well, it certainly came to that point, especially with Earth Spirit nearly camping mid.  Except, Maybe didn't feed over and over (I would have, and have had fed like shit in that same scenario).

Maybe got zero help.  He had so little to do that he just casually walked back to base to refill his bottle at one point.  He spent majority of his time hiding from the aggression of QoP and Earth Spirit, even if that had meant zero experience.  I think at one point, the QoP was lvl 9 when SF was 5.

But what he did was control what runes he can, and try his hardest to not die to minimize QoP's snowball.  Just weathered the storm that was his lane.  As time went by, his teammates got stronger, especially because the enemy Earth Spirit was camping mid fruitlessly, and they were able to have good midgame fights which allowed him to recover.

The takeaway here is that you will undoubtedly have really rough lanes like all the time, especially as safelane or mid.  But since the general skill level is higher and you have many cores to fall back on, your growth is not the most important thing.  Also remember that their safelane is (likely) suffering too.  As long as you make sure that you aren't causing the game to be more difficult than it needs to be (ie. feeding), you'll eventually have the time to catch up.

Players seem really chill most of the time.  I mean, not always, there's always that one guy who seem angry in perpetuity.  But otherwise, no one really ever says anything.  You will come to witness really odd laning choices and no one bats an eye.  There's always a bloodbath for bounty runes and no one seem to care of the outcome.

I also feel that there's a lot of friendly and meaningful communication towards winning.  People do cuss, but it's sort of like "ahh fuck!" kind of thing (wo cao!).  I don't really understand the language so I can't judge.  Maybe it's a blessing, so I don't get to hear all the intricate flaming that is beyond the scope of the word "shabi" or "malakabi".


Trends that are unique to China

One thing that's interesting in China is that there's really no "junglers".  In SEA, or maybe even in NA, there's often that person who choose to be useless for first 10-15min of the game.  Jungle for China is like a place you sort of stay to occupy yourself when you are not running at the opponent heroes, which is mostly at every moment of the game.  I shit you not, I've never seen a single player AFK jungle in Perfect World.

I remember when Ember's shield became dispellable, literally every Invoker I encountered without fail went quas/wex and tornado'd off the shield starting the very first day of the patch.  Similarly, if anyone picks SF, QoP is counterpicked right away.  I see a lot more Sniper vs. SF as well since that was a popular matchup during the DAC.  Trends and flavours are very noticeable in Chinese pubs.

Shadowblade is also very popular.  I suppose it's partly due to the general lack of vision that's available throughout the game, and it's just a very good snowballing item while keeping the other team restricted when farming.  It's bought by like every hero imaginable.

China's games are definitely more high skill.  That being said, I'm not a big fan of their meta, it's very un-fun for me.  Supporting is no fun due to small pool of viable supports, and I find most of these heroes rather boring to play.  Mid is stressful due to every living thing running at you as if you bear the mark of Cain, and on top of that, you have to supply your own everything.  Safelane is basically the new suicide, which can feel very hapless at times when the game is just over before you can do anything, which is odd since your lane is supposed to be the hard one, how come everyone's losing elsewhere?  Offlane is secretly the new safelane, and it's probably the lane with the most room for creativity, but you have to make sure you can combat Jugg or Slark.

While I wouldn't say the metagame is stagnant, there's always same pool of heroes in every game.  If you were to judge the number of heroes exist in dota only by the Chinese pubs, the count would not exceed 30 heroes, and even that may be a stretch.  So, it gets boring.  I sort of agree when someone says ranked matchmaking should only be CM (or... even RD?).

Still, if you can get past all these things, with your average personal skill level being so high, you can find some good games in Perfect World.
Labels: Dota 2