Canadians get six months of stay in Korea without special request for visa.  Surprisingly, eSports visa aren't really a thing yet in Korea, so extending your legal stay in Korea can be a difficult matter.  Not for me though, I had an option: The Amazing F-4 Visa, a privilege only available for ethnic Koreans which extends your stay by a whopping three years.  Only except, when I did go to apply for one, I had already overstayed my allowed days in Korea.  The immigrant required me to renew my visitor visa, which meant that I had to leave the country.

This came a shocking news to me at first because, well, if you've ever seen a map of Korea, it's surrounded by ocean and an unfriendly foe to the north.  A trip to a foreign country wasn't always a cheap thing.

But there was the wonderful isles of Tsushima, Japan.

As you can see, that shit ain't so far away from Korea.  And for about 60-70 bucks, I was able to book a round trip to Tsushima for one day.  Coach was able to drive me down to Busan, which took about ~4hrs of driving, and from there I went to the harbour and on to the high-speed ferry.  I was pretty nervous when I got held up at immigration because they saw that I had overstayed and knew very clearly that I was going to abuse the system (renewing visa).  But they let me through without much hassle, and I was on my way to Tsushima isle. 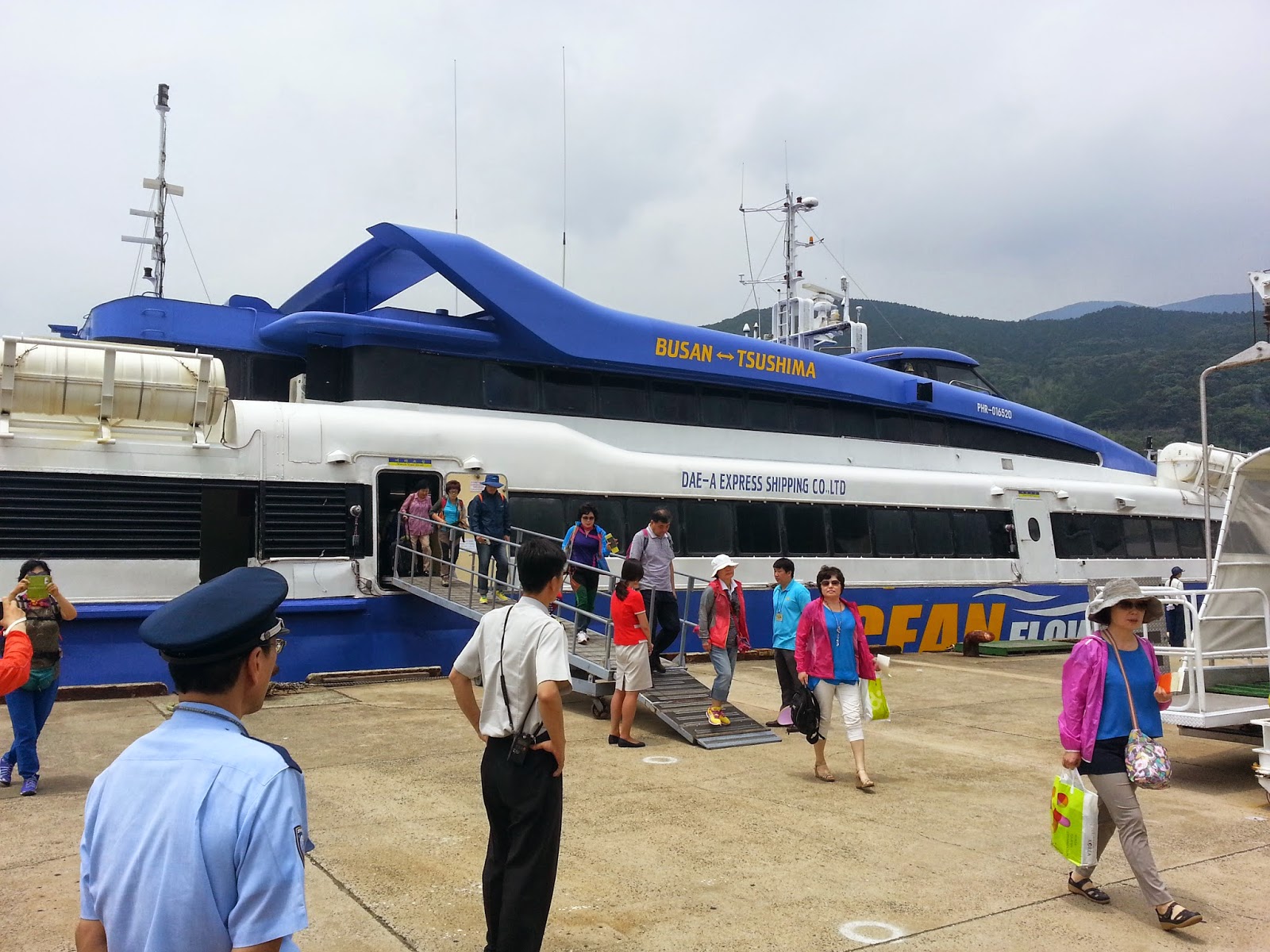 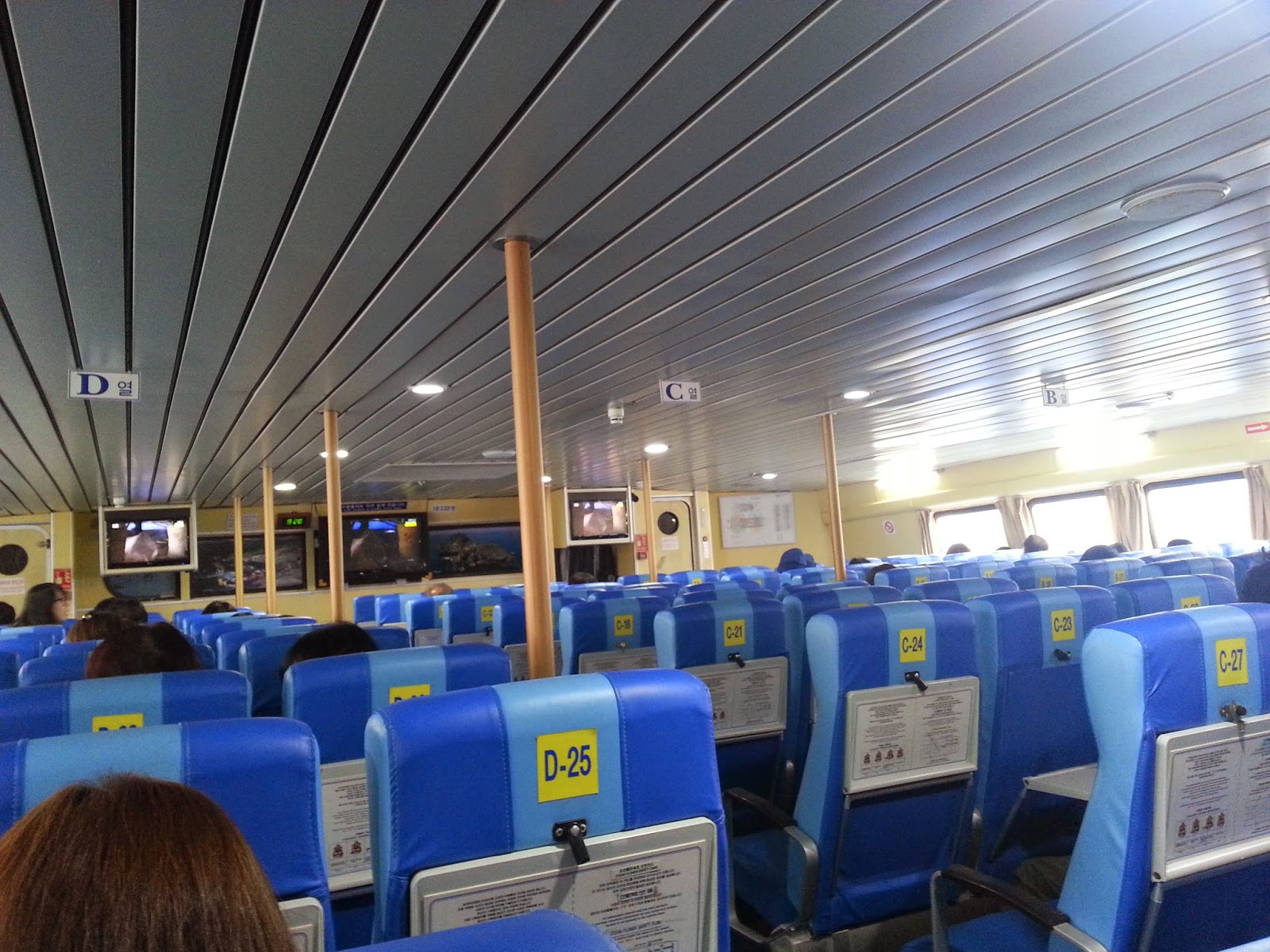 This ferry existed for the sole purpose of fast travel.  There were seats only inside the ferry, so you couldn't go outside.  Pretty boring, but it was indeed fast.  In about an hour and a half, we were officially in Japan. 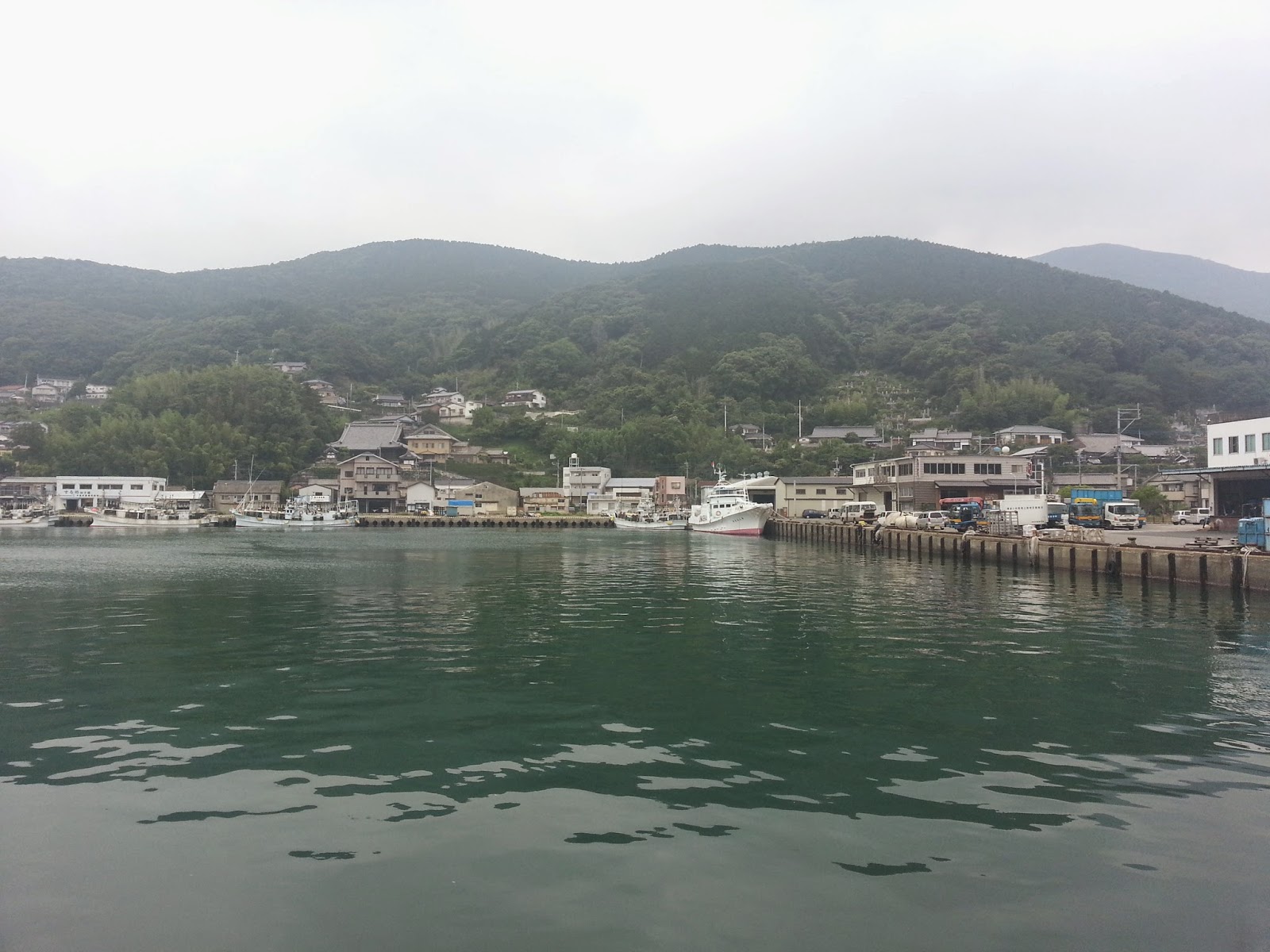 DID YOU KNOW?  Korea first got their sweet potatoes from Tsushima Island!
THE MORE YOU FUCKIN KNOW!

The first impression I had was good air, great scenery, and no fishy smell of the ocean.  It was very clean, beautiful and quiet.  Then we visited a bunch of places in a hurried manner since we were only going to stay here for like 4-5 hours before we head back to Korea. 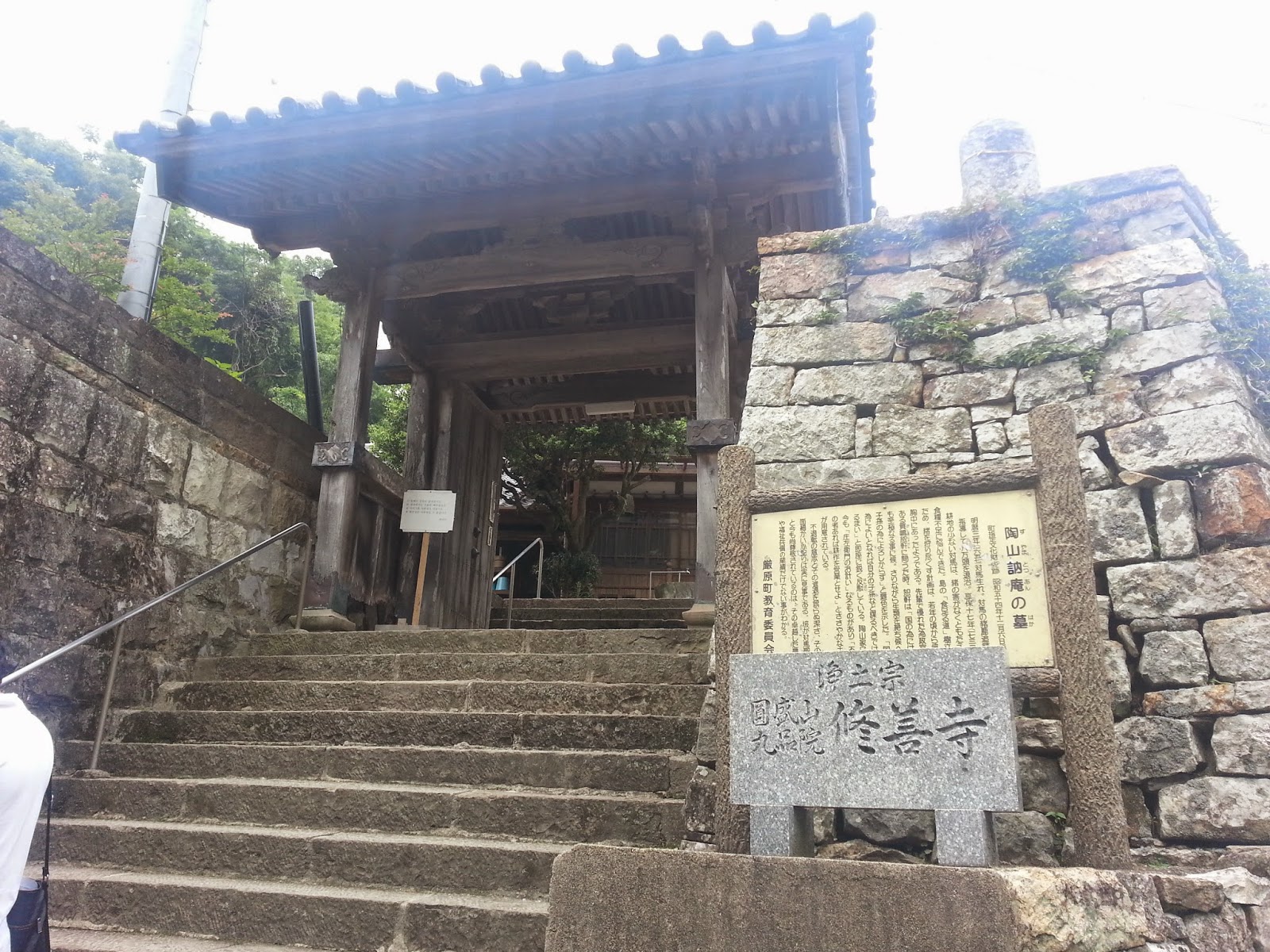 One of the Buddhist temples we visited.  Apparently been around for several hundreds of years.  It's historically valuable but I remember none of the details.  It was pretty neat in there.  One interesting bit that I do remember is that the same family has been the owners of the said temple for hundreds of years. 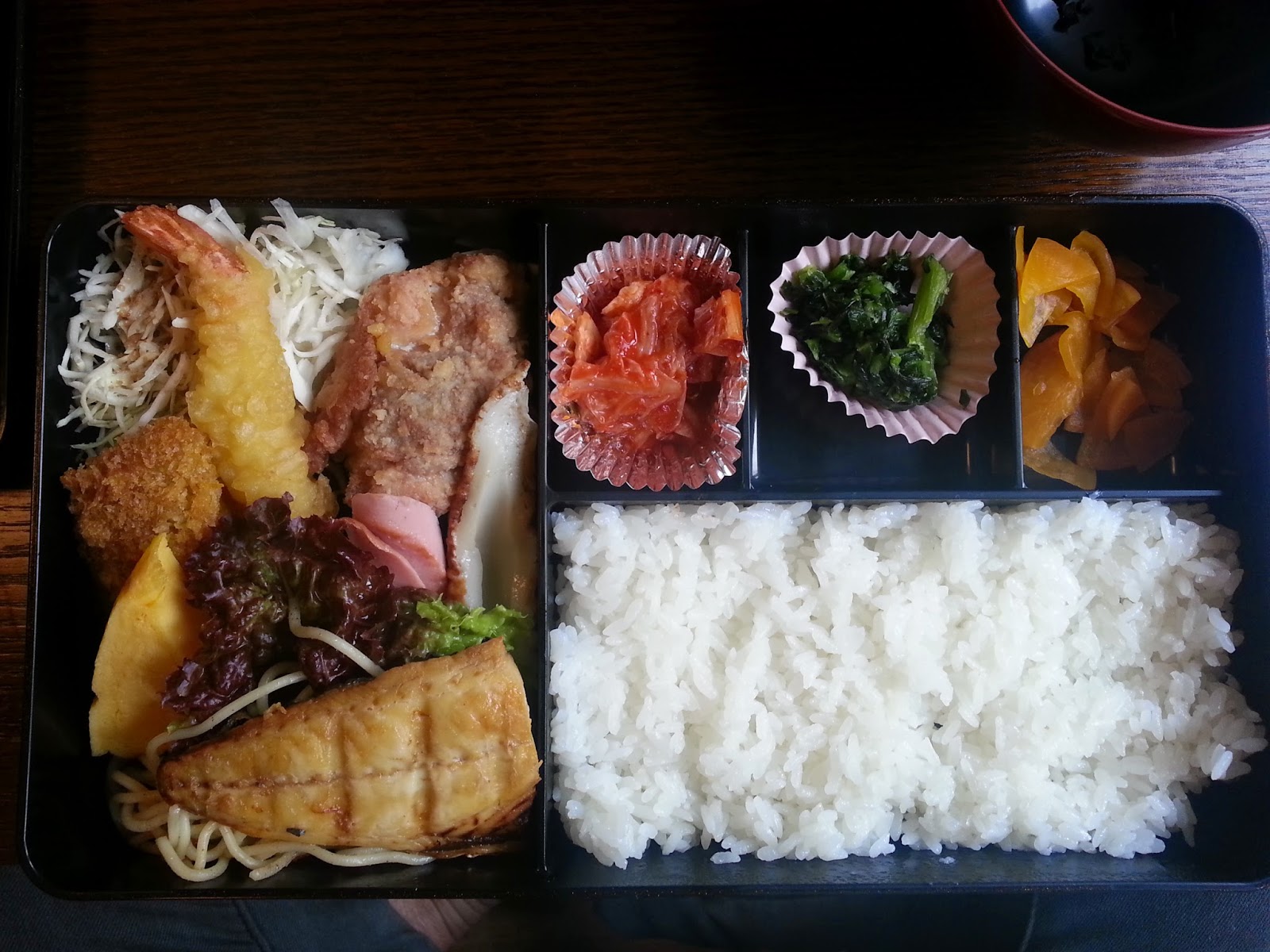 Then they gave us this bento lunch.  It wasn't anything special but was good. 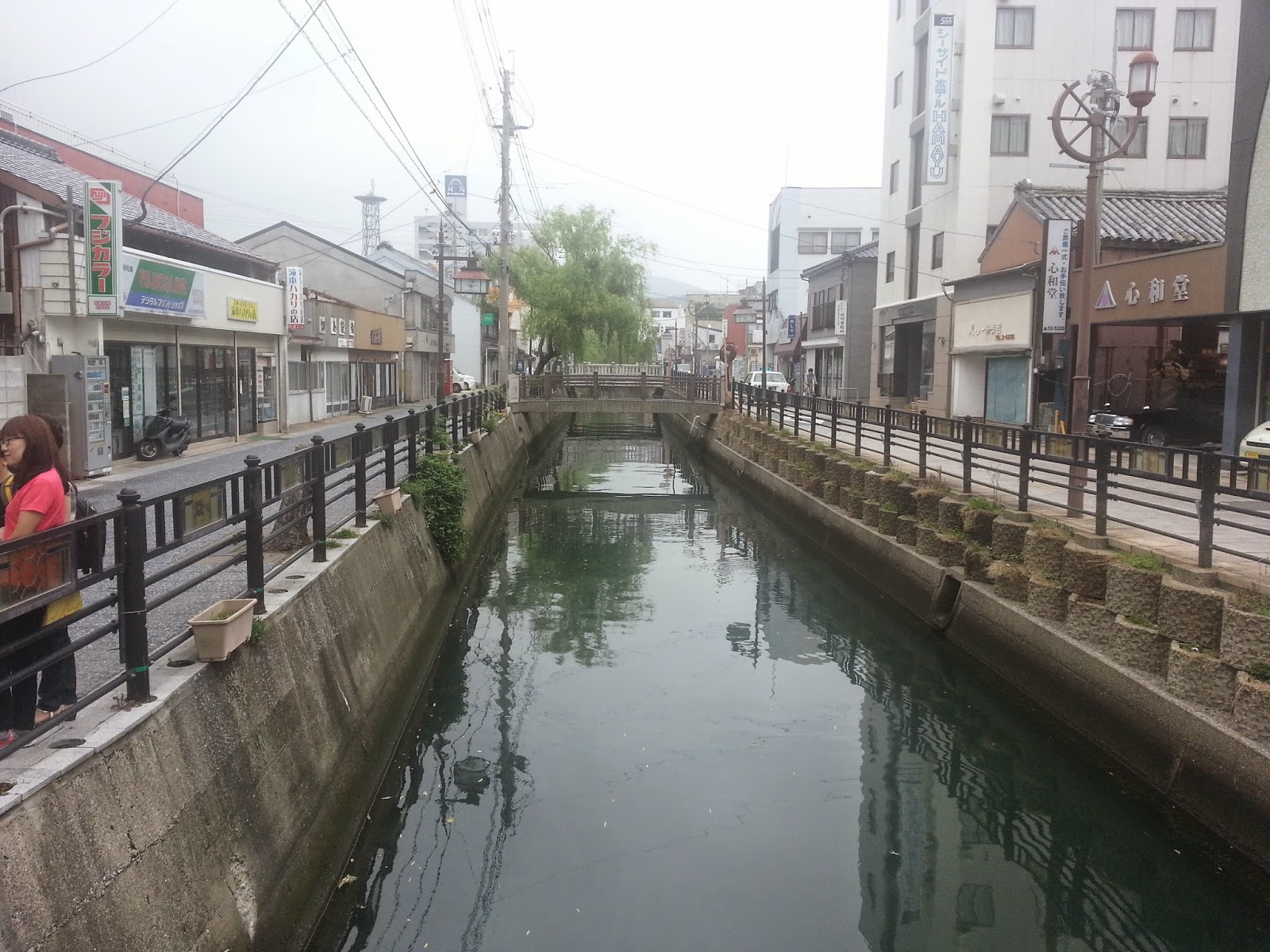 I suppose this was like the downtown area of the city. There were schools of fish swimming freely down there.  I thought this scene was pretty cool because well, it's feels very typical of a small Japanese town that I've seen in mangas and movies.

In a city this small, there were not one but apparently two pachinkos.  Which probably means that in a town this small, some form of yakuza do operate. 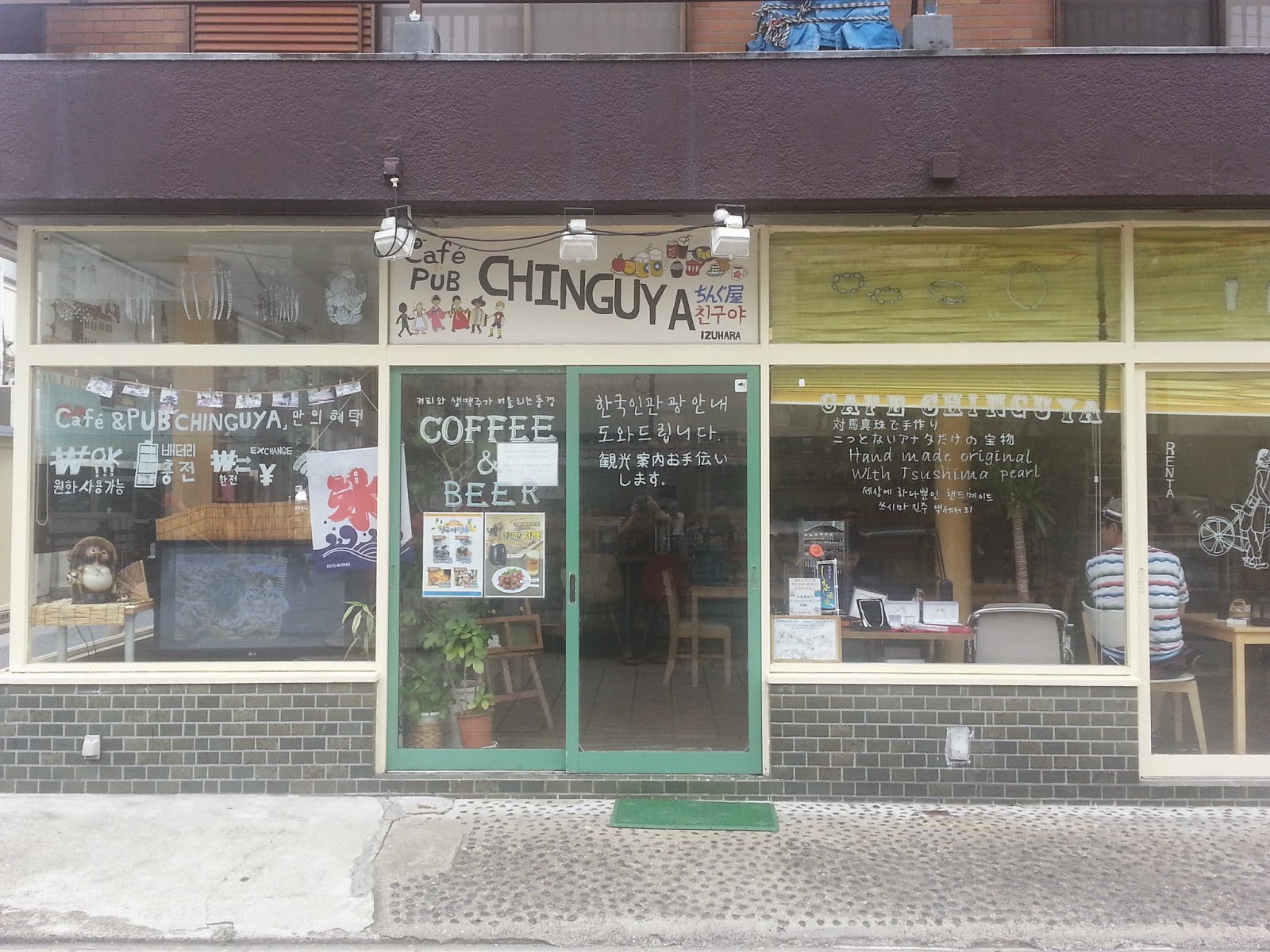 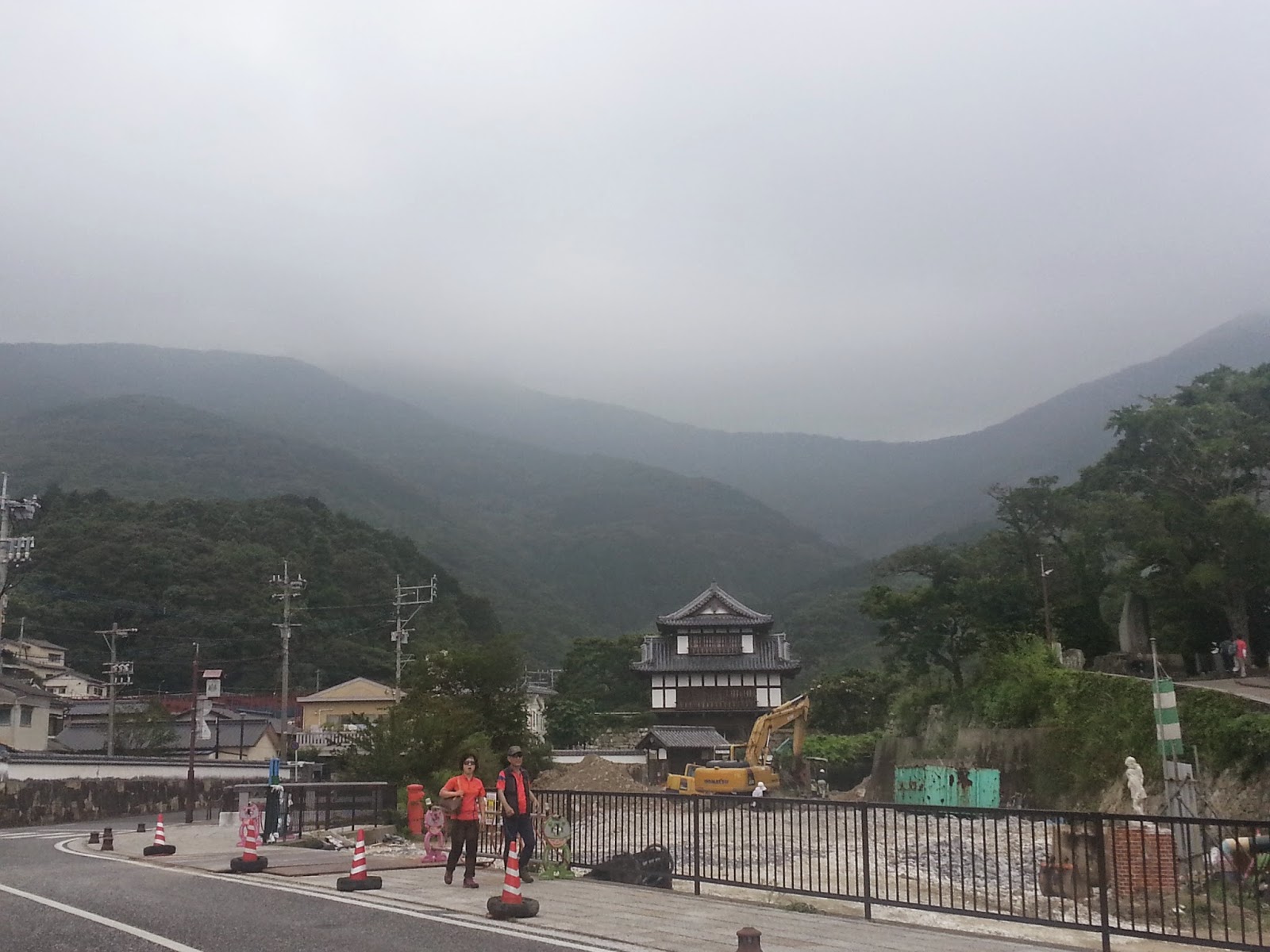 As you can see, scenery's quite stunning.  Although, as you can see, there are a lot of mountains so the island have had some rough history in the past with just sheer means of survival.  There was a funny sign up around here about telling the tourists to stop taking photos of preschool children.  I mean, please, do that only in the comfort of your own homes. 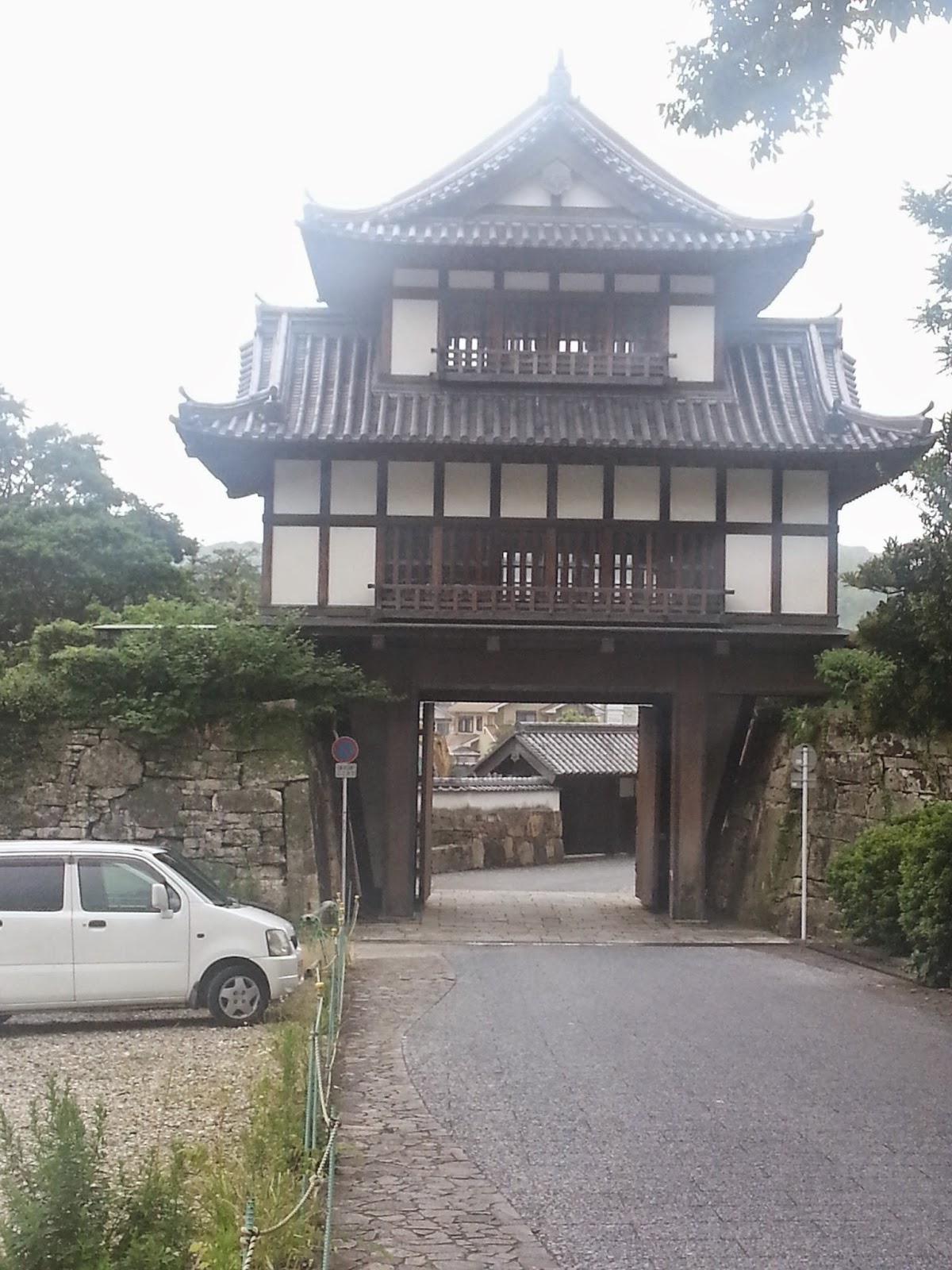 This is all that remains of a castle that once existed here in this city.  And only an entrance I believe.  Japan's castles were like that of medieval Europe, it had a bunch of house and homes outside of the castle, then a moat and castle to protect the lord.  The homes were built in close proximity on purpose to deter large troops to move freely.  A tradition that follows even to this day.  I mean, that's what the guide said but there's very little credibility in that motherfucker since he said samurais descent from ssaurabi. 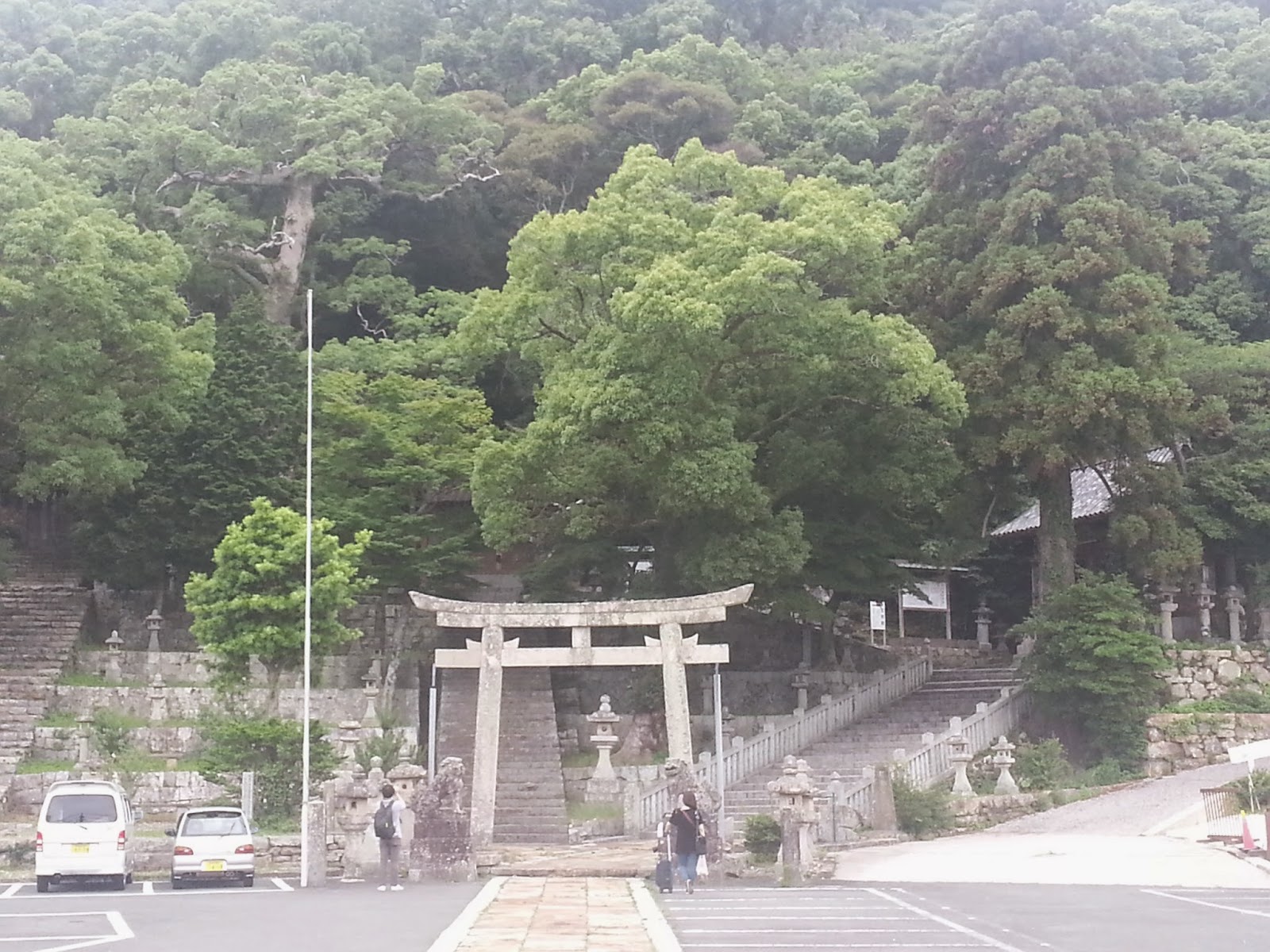 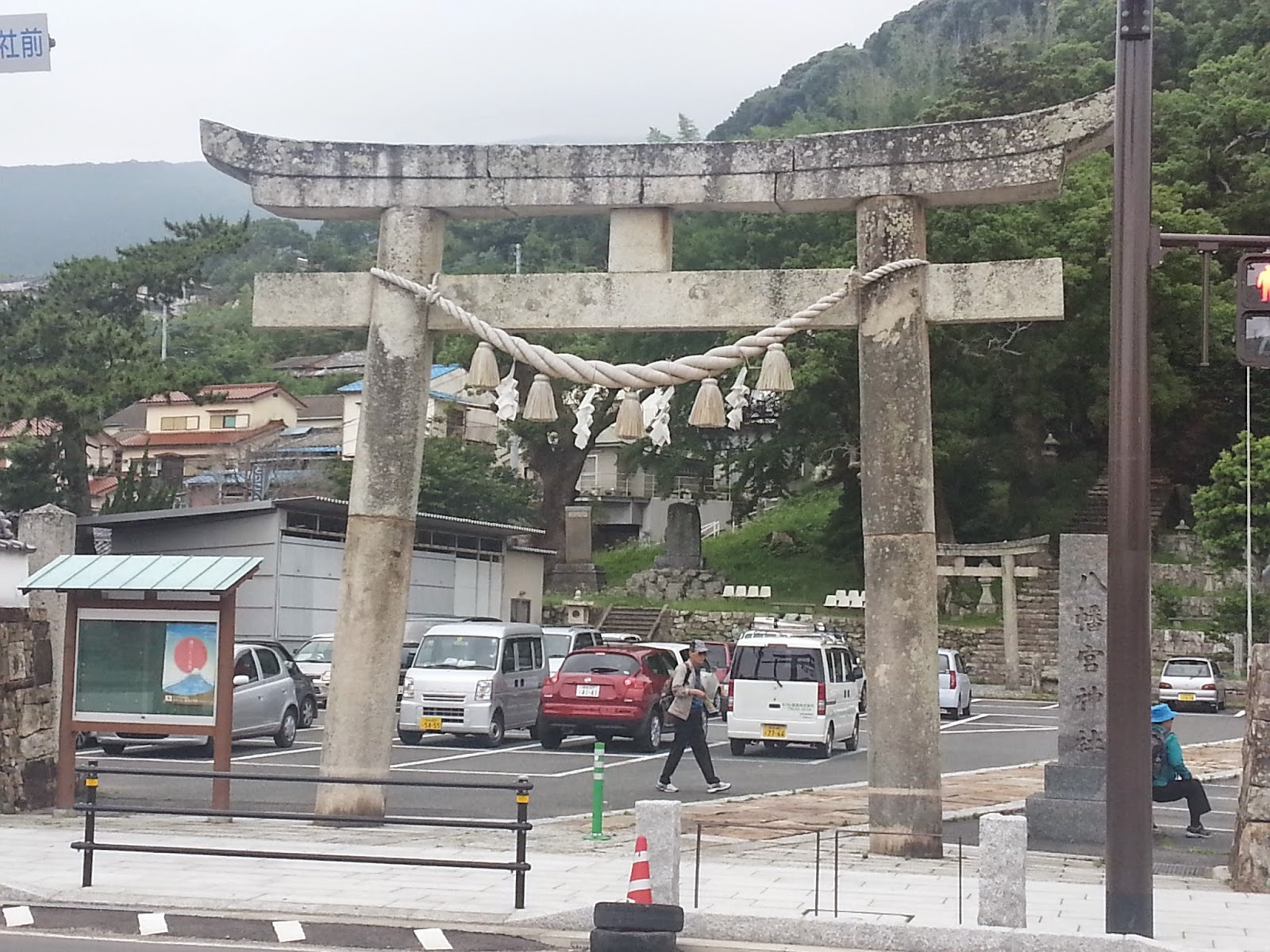 We didn't get to check out the shinto temple here, but I thought it was cool to actually see what is one of most recognizable symbol of Japan in person. 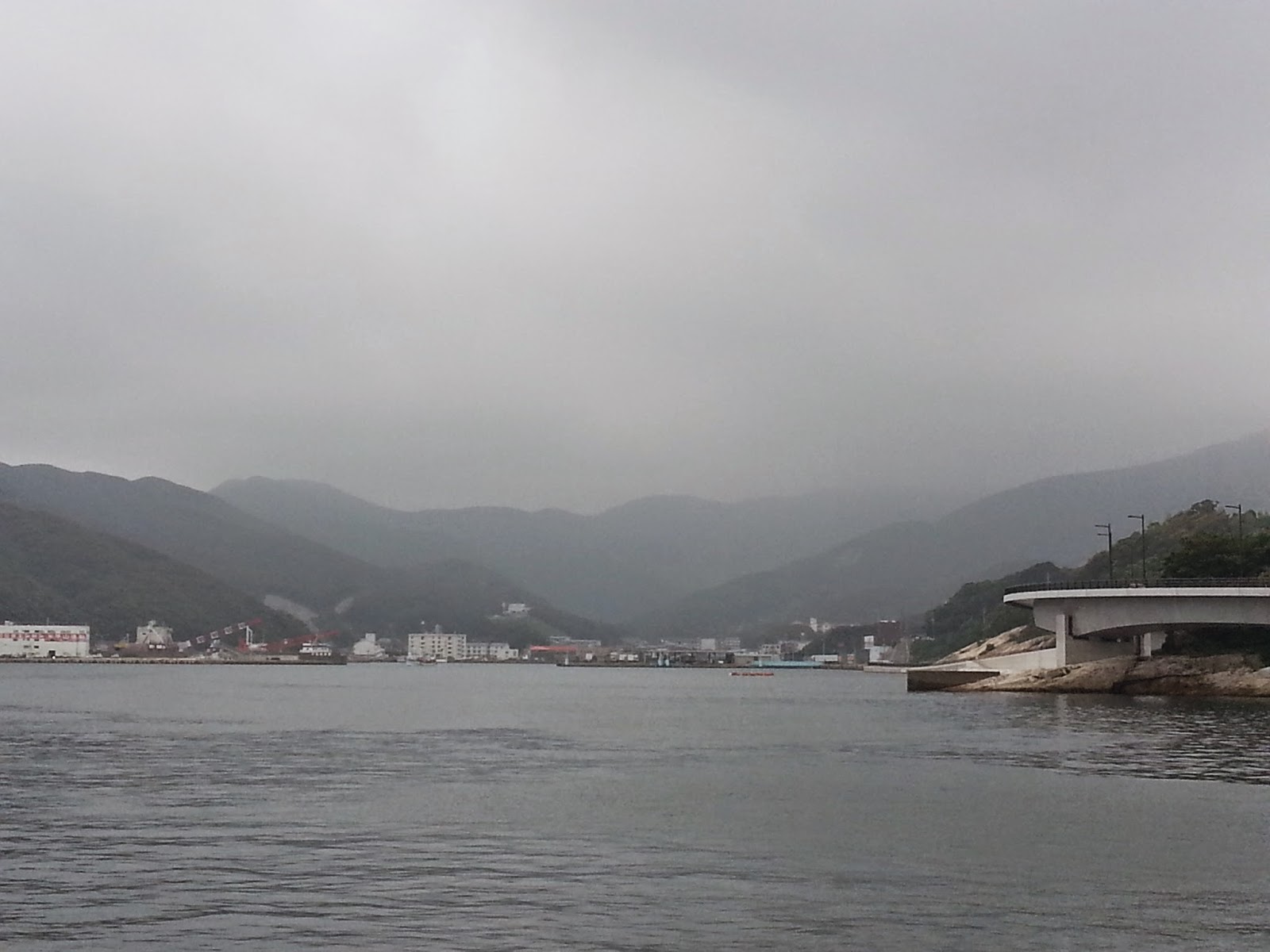 There really weren't much to the city.  I mean, I only stayed for a few hours but it's a small city.  Still, with only being an hour away from Korea's second largest city, it was a different culture and definitely a different world.

The trip back was pretty hellish.  You can see in the photo above that the weather's starting to get shitty.  Shit got pretty real on the trip back home, I'm pretty sure we were in the air a few times riding those waves. 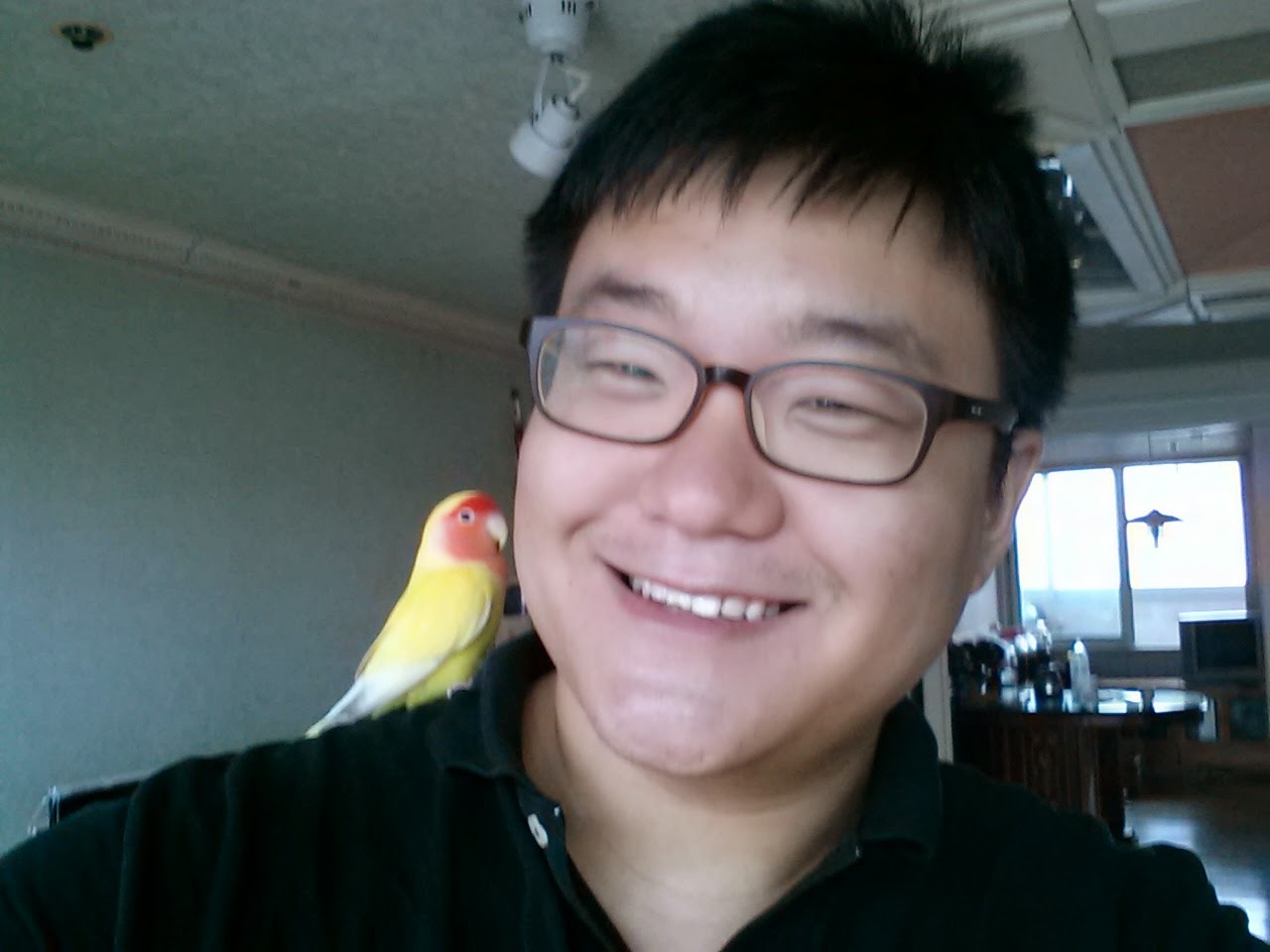 After I came back, we went out for some sightseeing in Busan, which is a beautiful city.  It's changed a lot since my childhood (I lived there for two-three years), and stayed the night at coach's parents' place.  Get this right, we were back at his place at night, and I just crashed.  The next morning, I see fucking birds flying around the apartment and it startled the shit out of me.  Then it sat on my shoulder and everything was cool.

Parrots are mad cool, and I super want one in the future.
Labels: LIFEinKOREA