Due to my visa issues, I had to frequently visit the immigration here in Incheon.  I didn't even know China town even existed in Korea, but apparently it did and it was only minutes away from the immigration.  So why not, on my fourth trip to immigration, I decided to take a visit on my way back home.  Maybe it'll feel like Spadina. 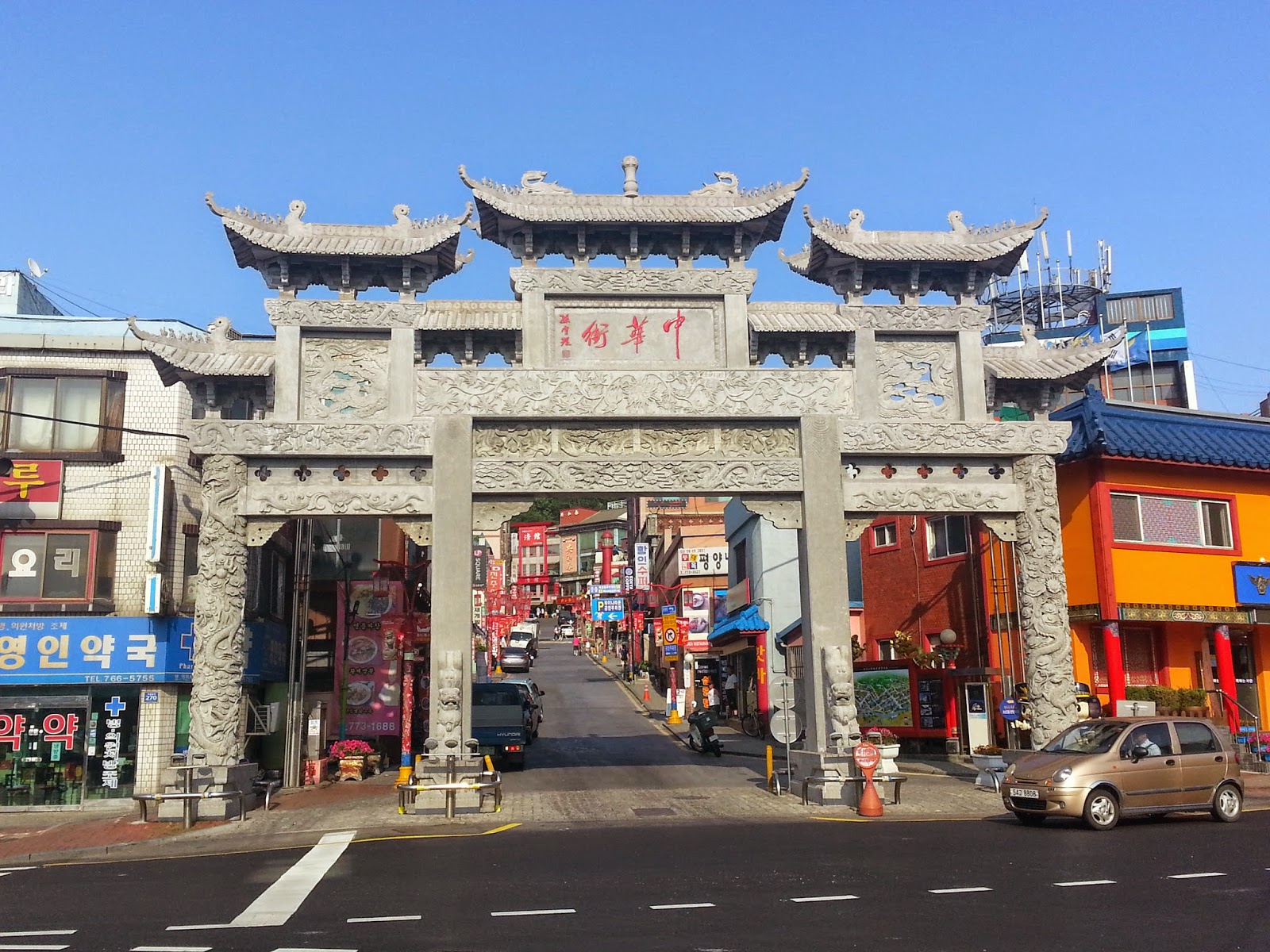 Right across from the historic Incheon station (one of the oldest train stations in Korea, opened from 1899) is the China Town.  The whole town is built on a hill.  So it's a lot of walking up and down. 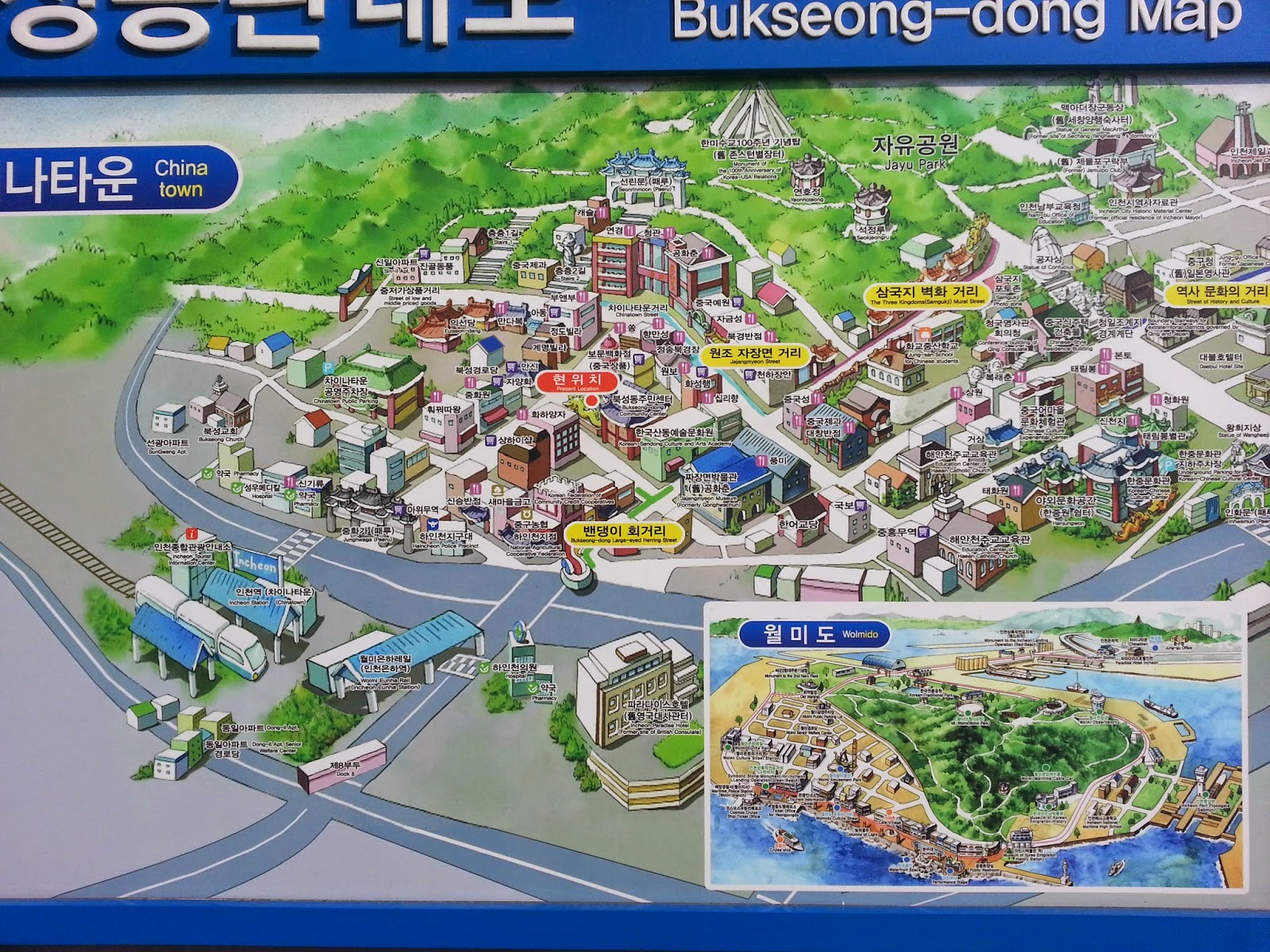 Map of the whole place

It's not a very big place.  Certainly not quite as crazy as China town in Canada. 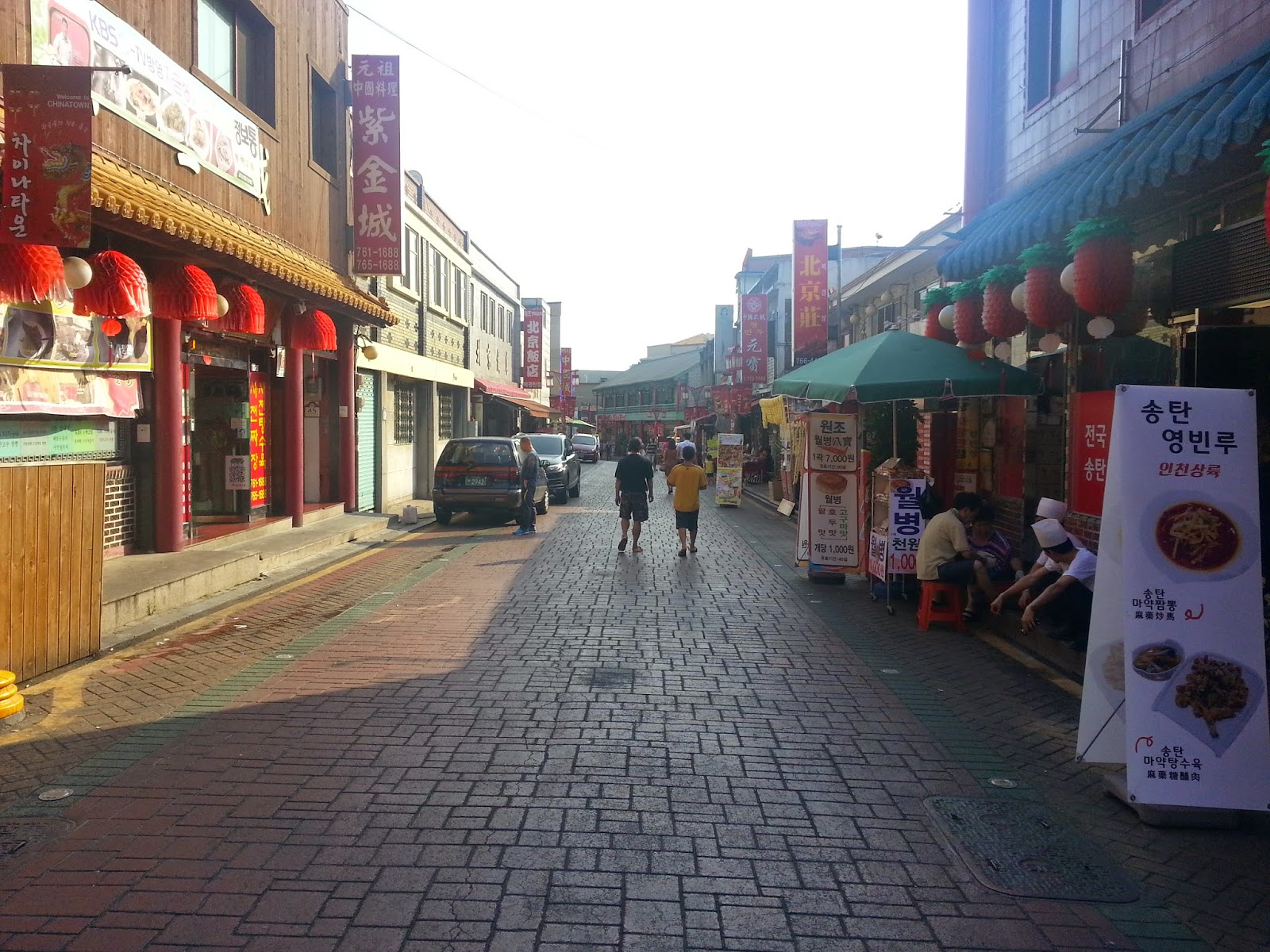 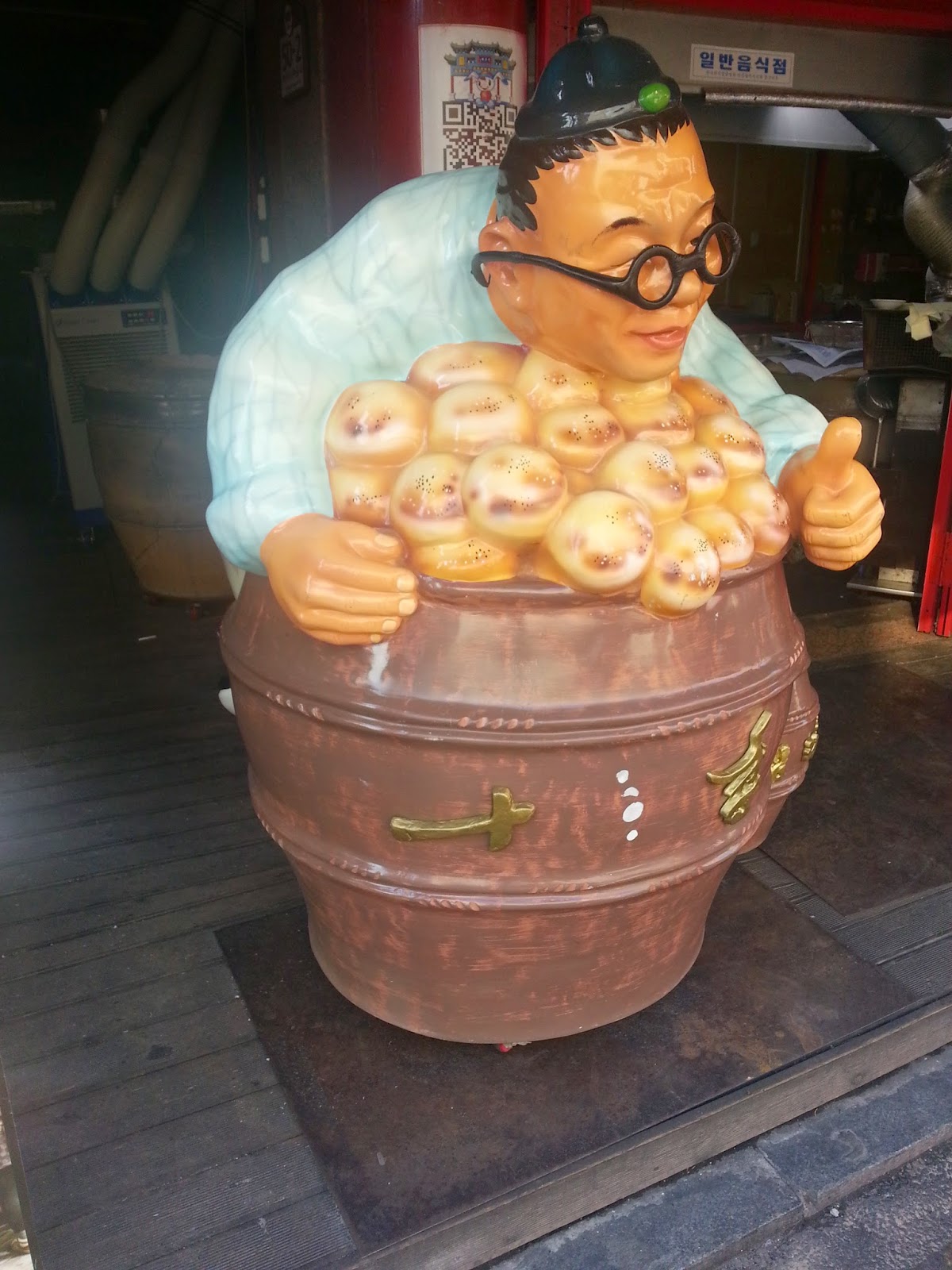 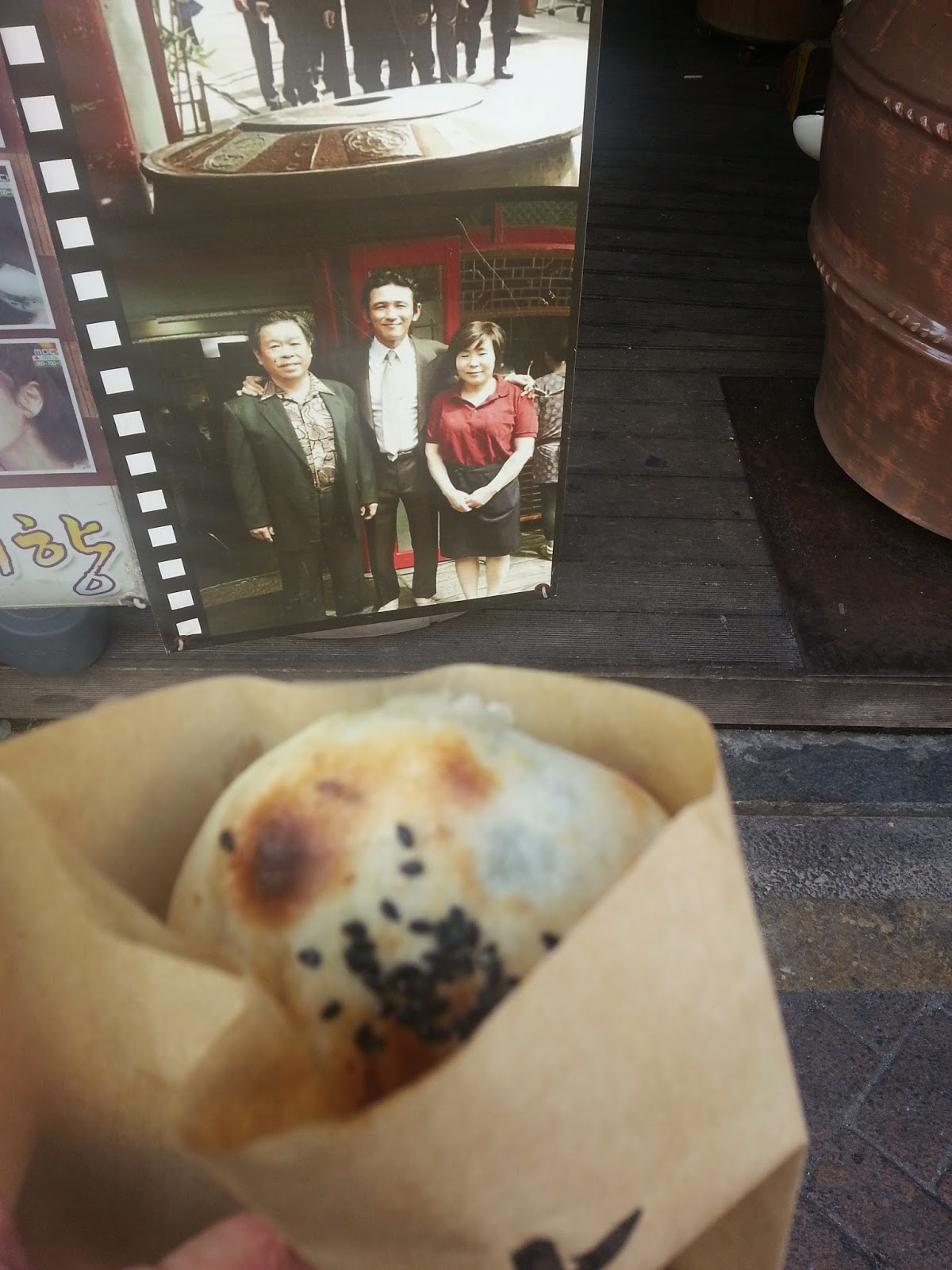 It was only 2 bucks or so, filled with pork and veggies.  The grease exploded on my shirt with the first bite so I ended up looking like a doofus for the rest of the evening.
This restaurant by the way, was the very restaurant "New World"(2013) was filmed at.  A great noir film, 10/10 would watch again. 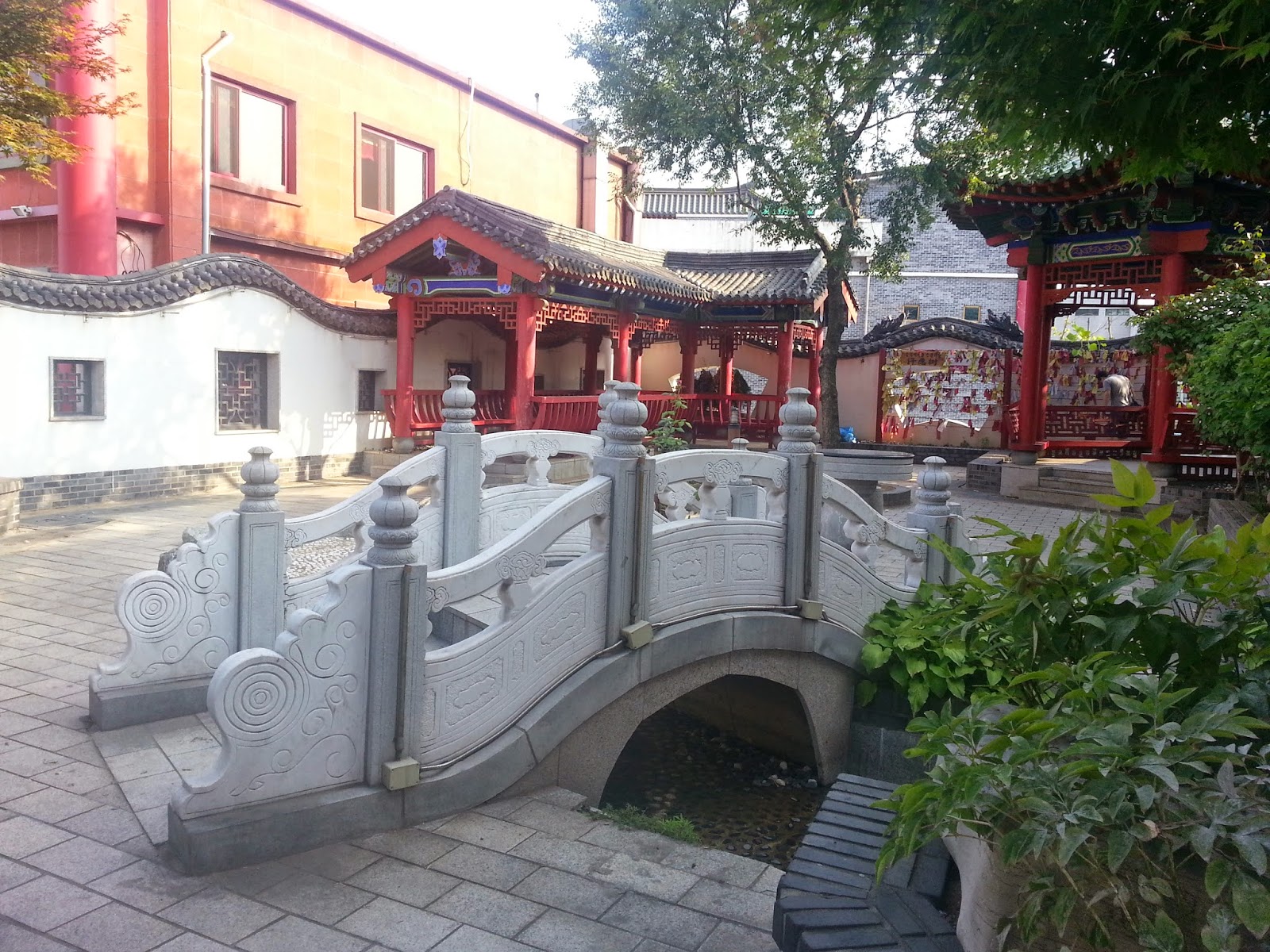 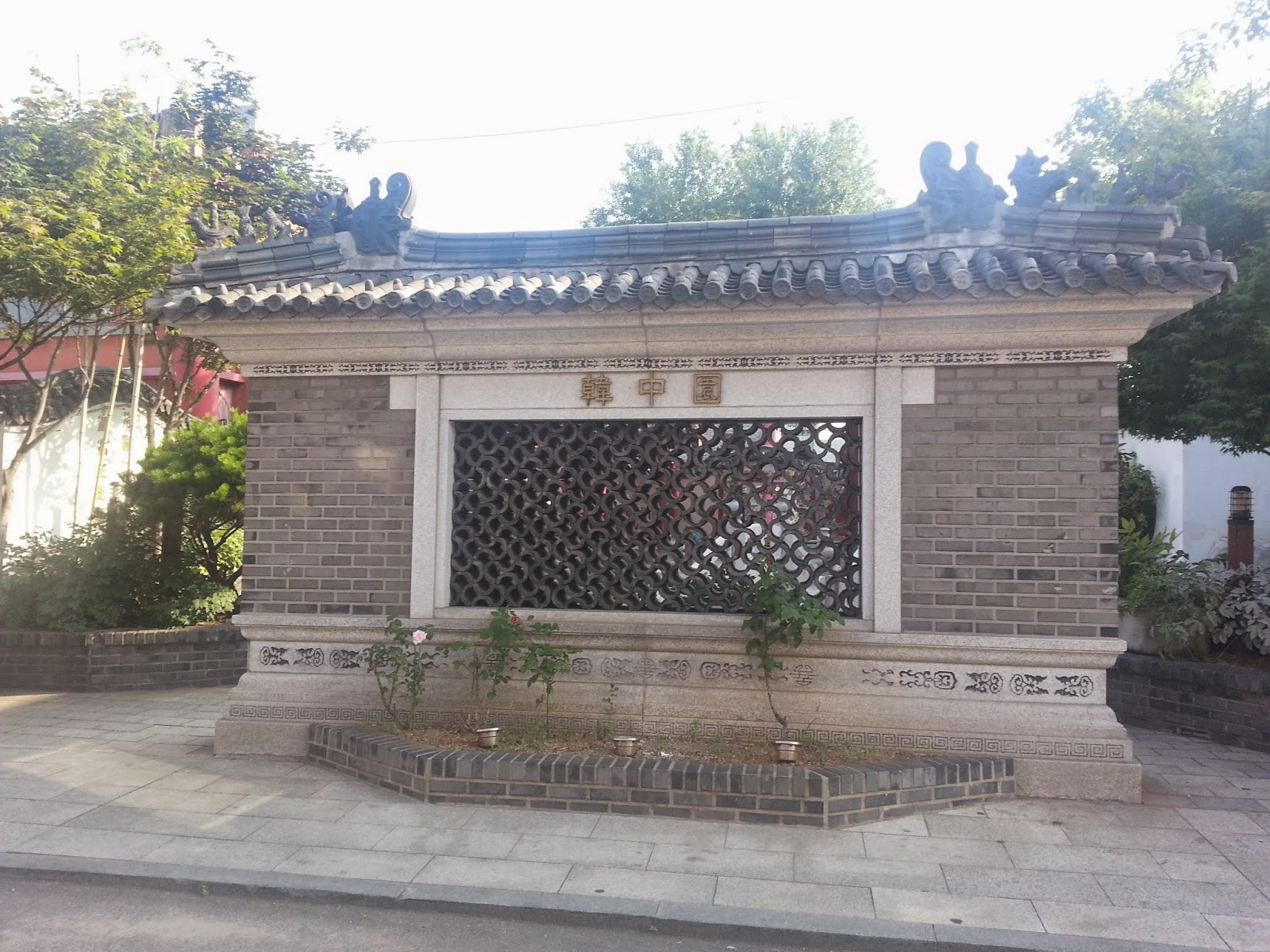 Now, for no reason whatsoever, I can read those Chinese characters; 한중원.  Which is basically Garden of Korea and China.  What the hell.. 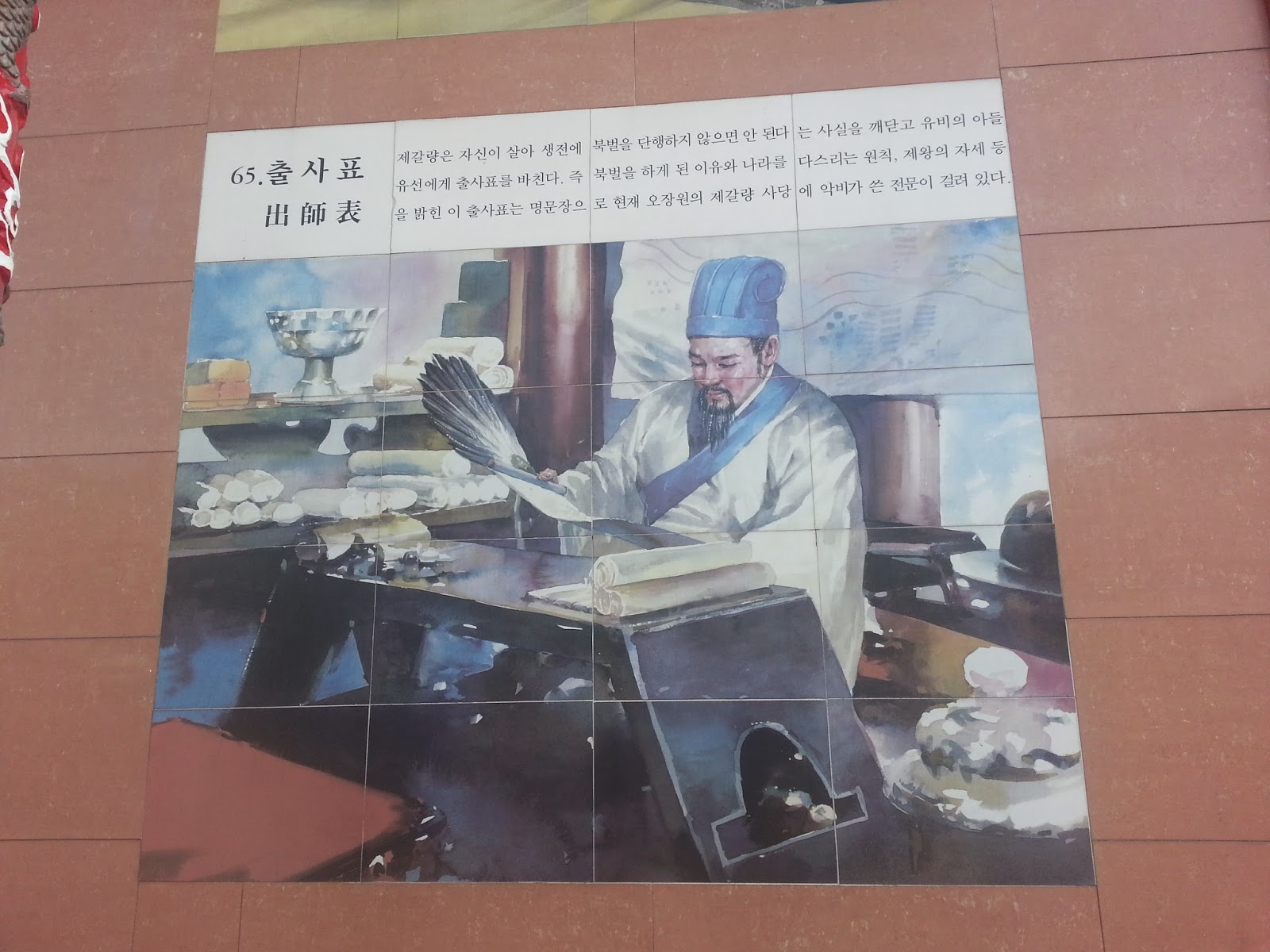 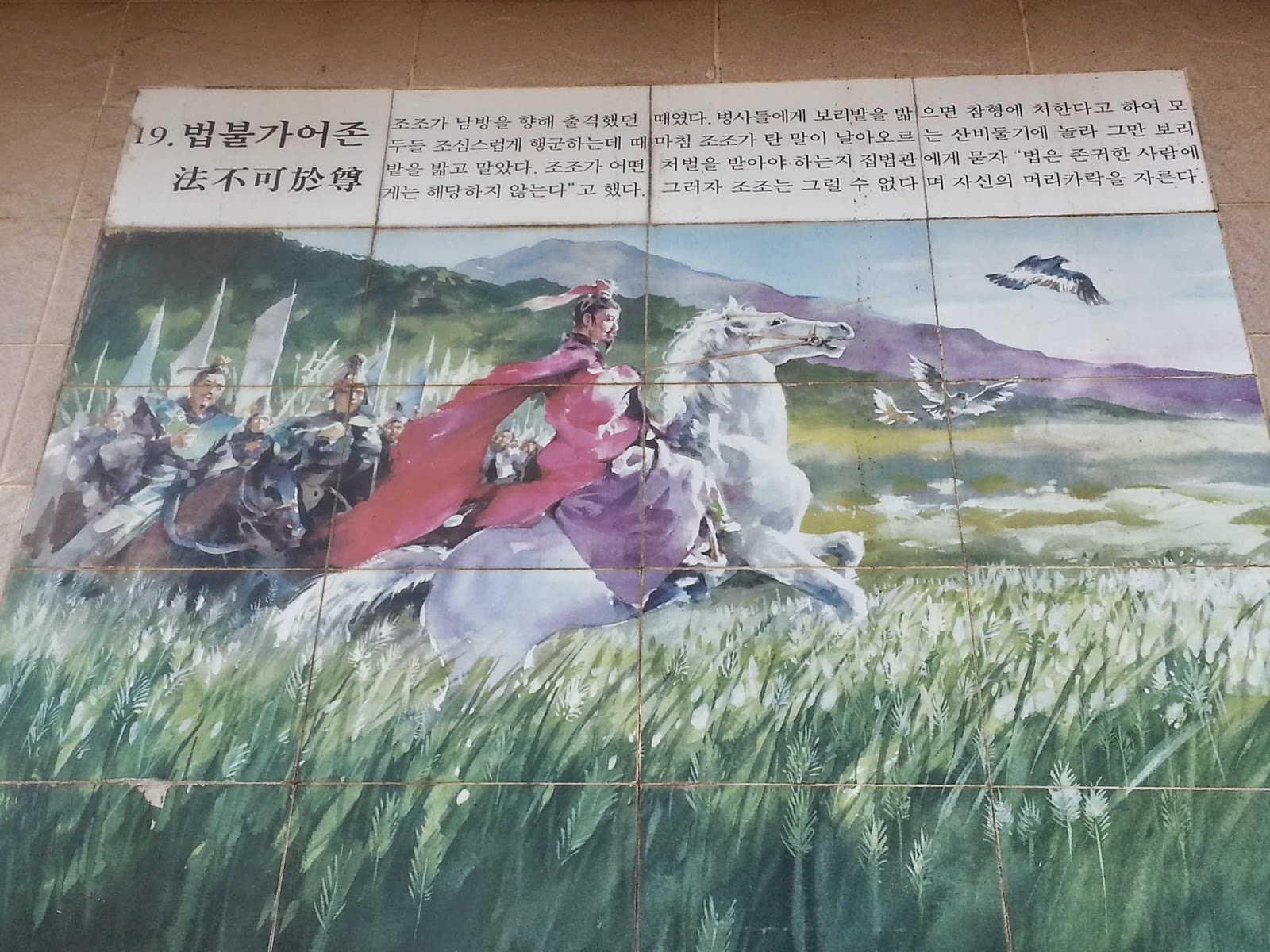 I'm a pretty big fan of Romance of Three Kingdoms.  I was seriously upset by learning Shakespeare in high school when I thought it was pretty lame compared to three kingdoms.  China Town has an entire street dedicated to the story of three kingdoms, telling it all from the very beginning to the end via beautiful murals. 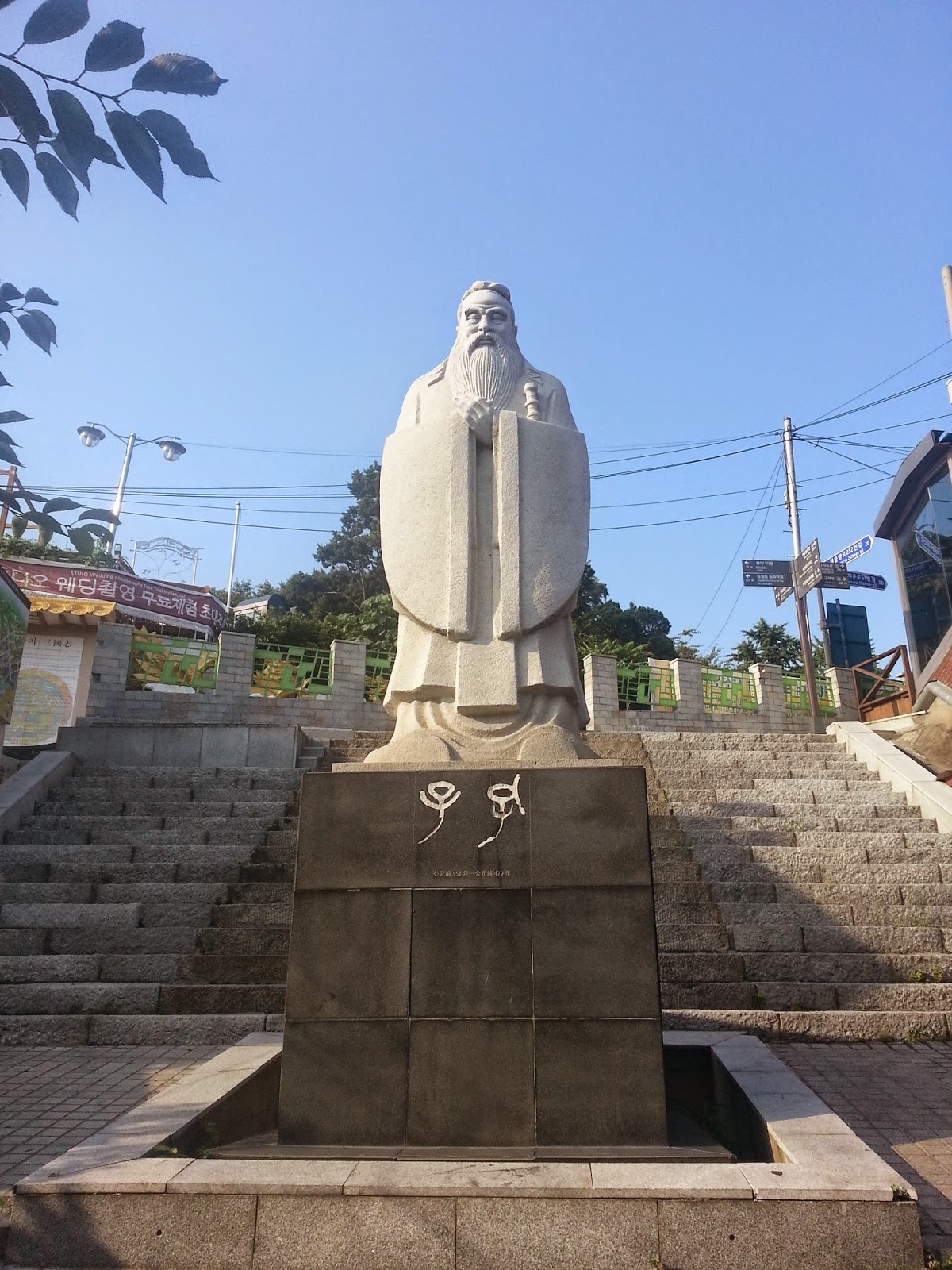 Confucianism is deep rooted in Korean culture, and he was Chinese, so I guess it's only fitting that they have a statue of the guy in China town?  I don't know, I guess it's cool. If you were born and raised ethnically Korean, then you are basically living the Confucius principles.  Europe had the great philosophers like Plato and Socrates, the East had Confucius and Mencius, which by the way is a westernized name of Kong Zi and Meng Zi.  Like, they literally made up a new word in Latin for this guy.

The last place to visit in China town was the court of General Douglas McArthur.  You have to hike a bit, but follow through a trail upwards and you'll arrive at his garden. 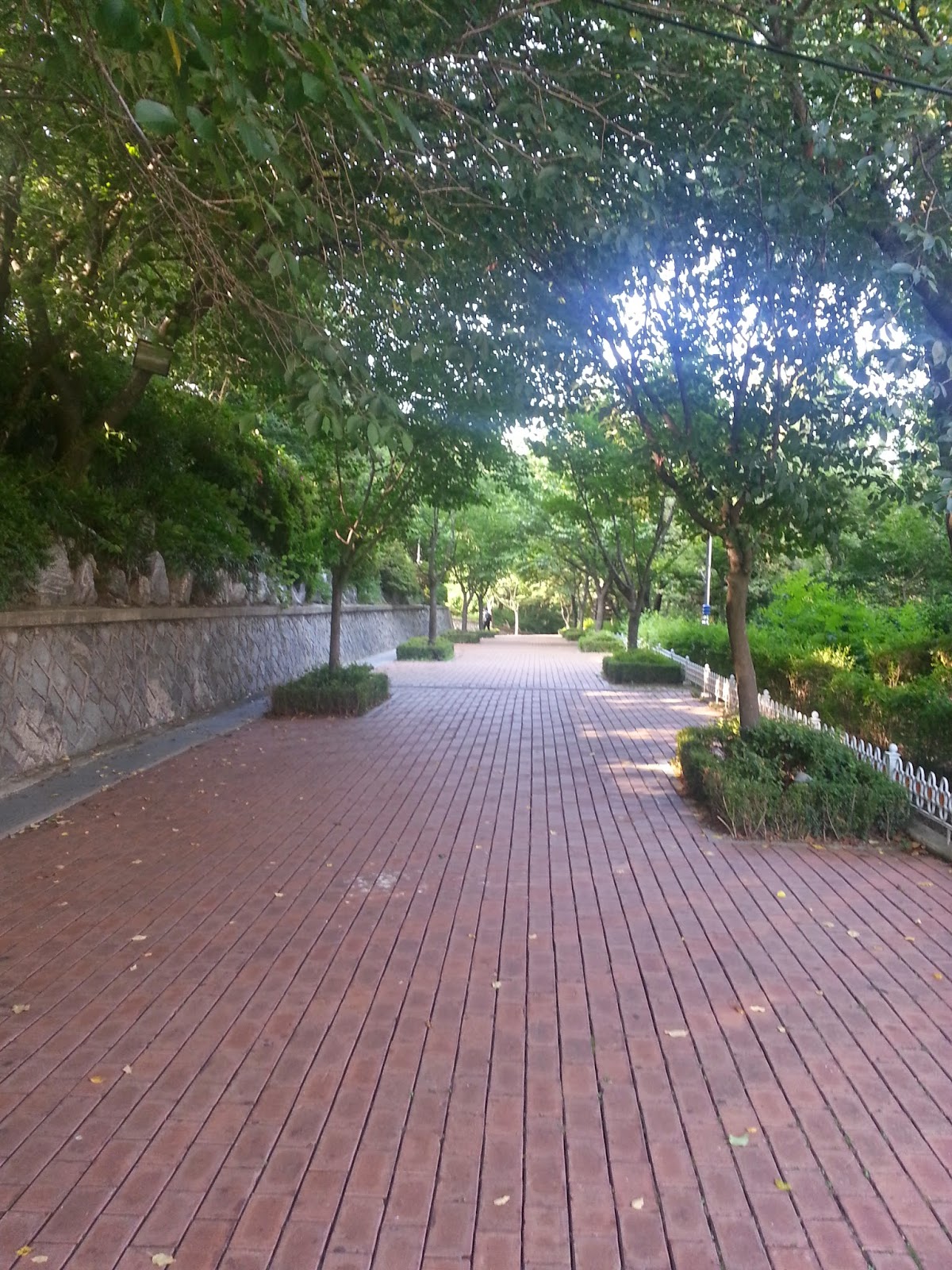 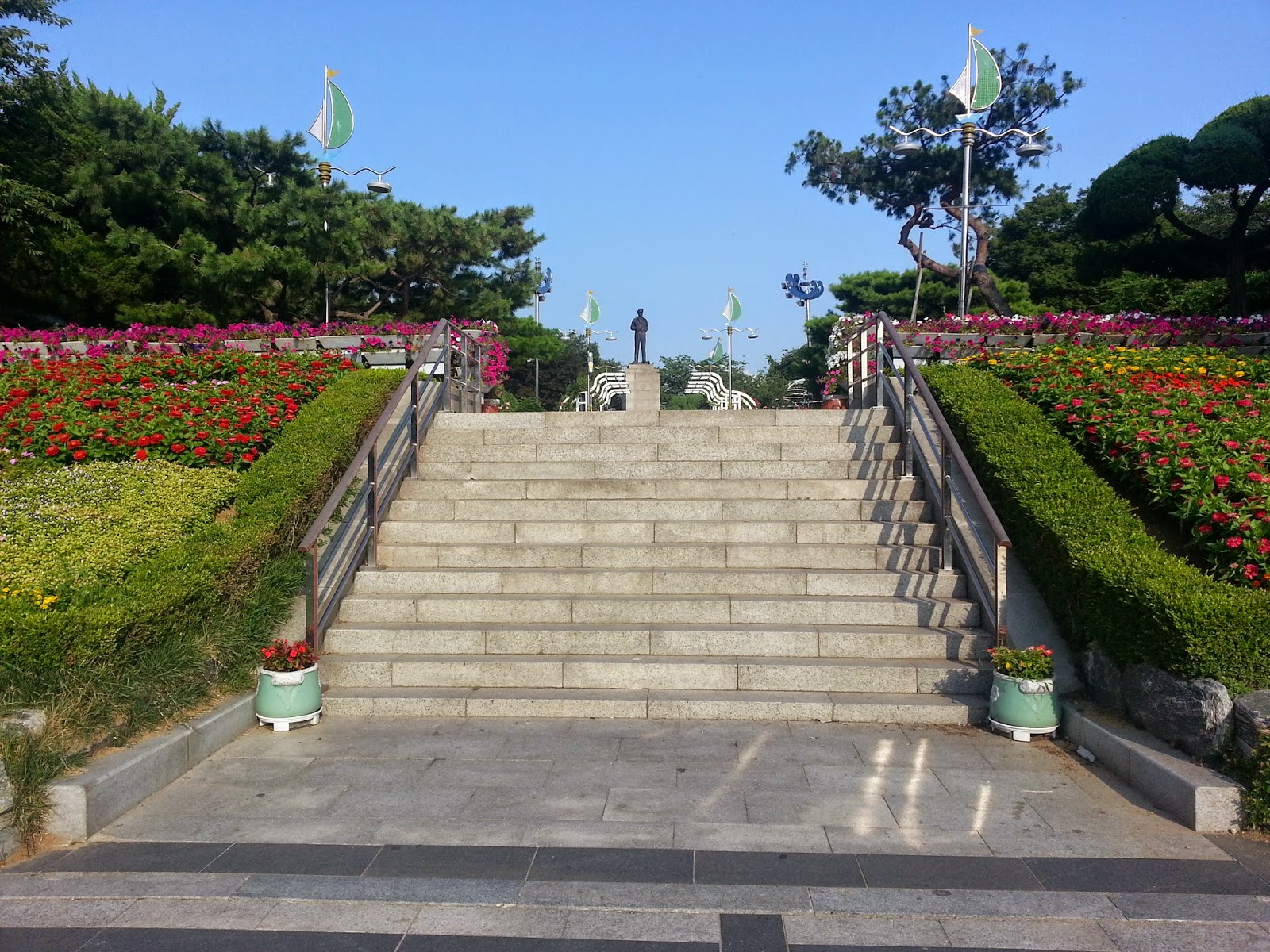 There he is, the magnificent bastard that initiated the Battle of Incheon 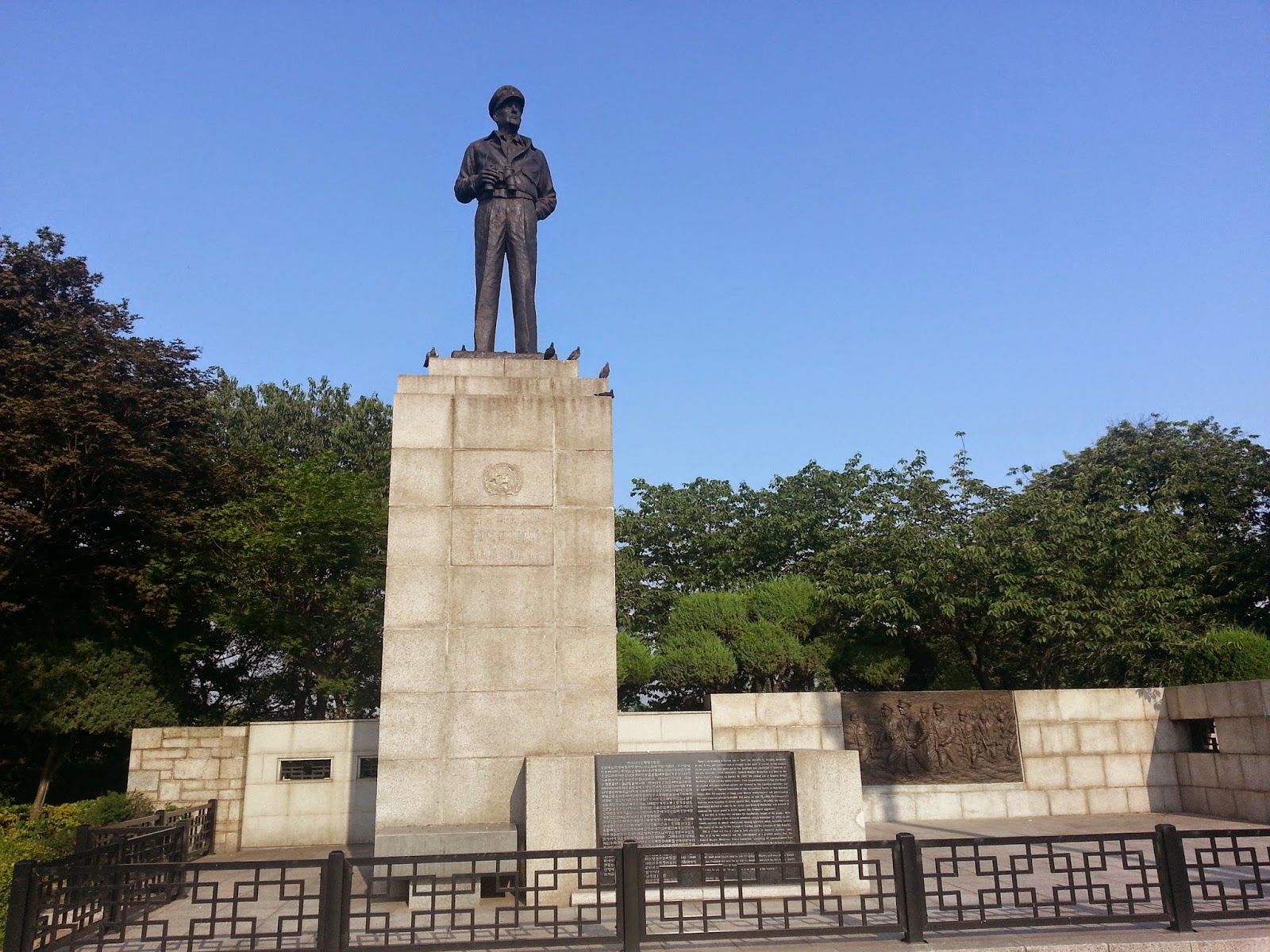 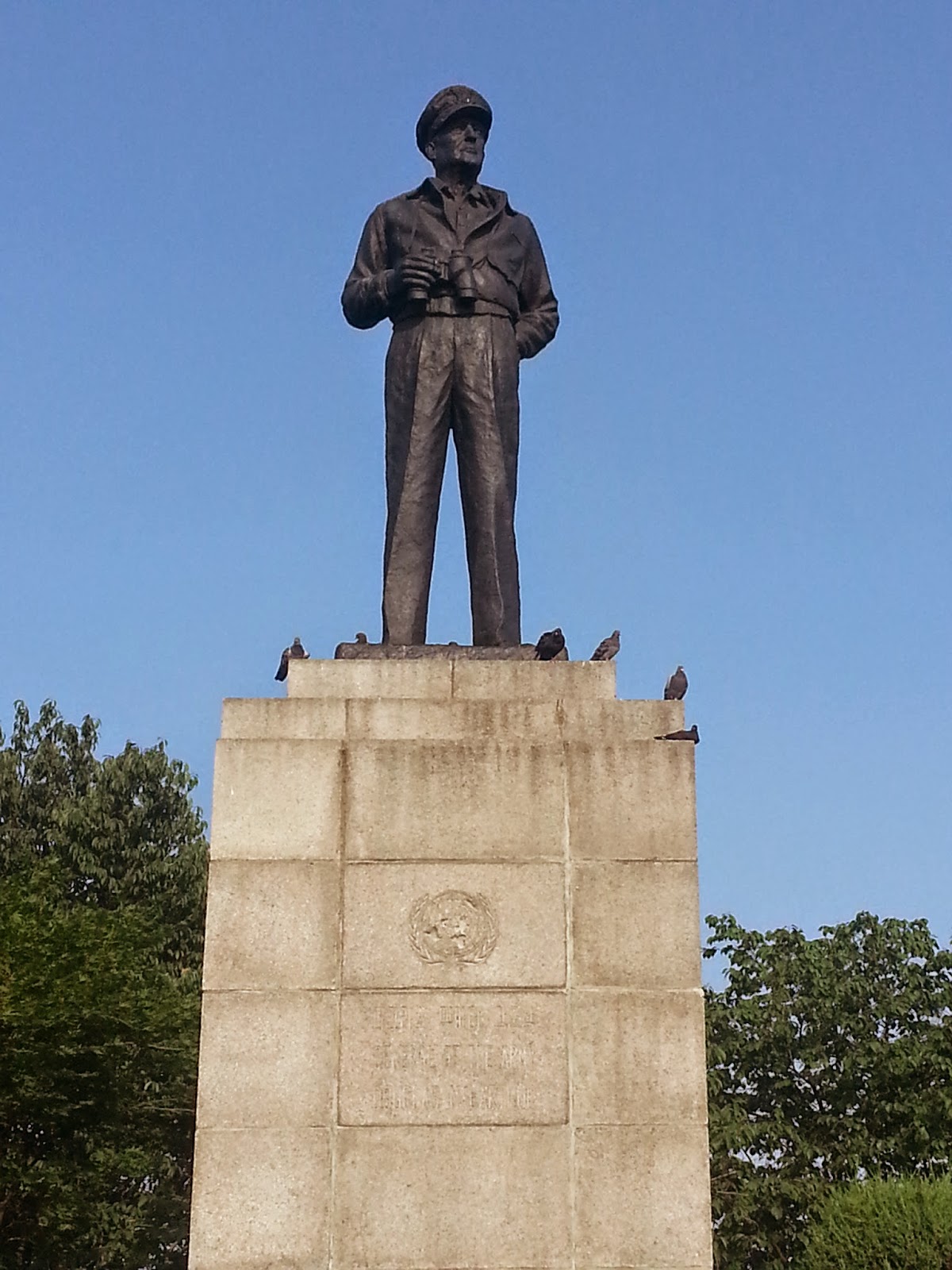 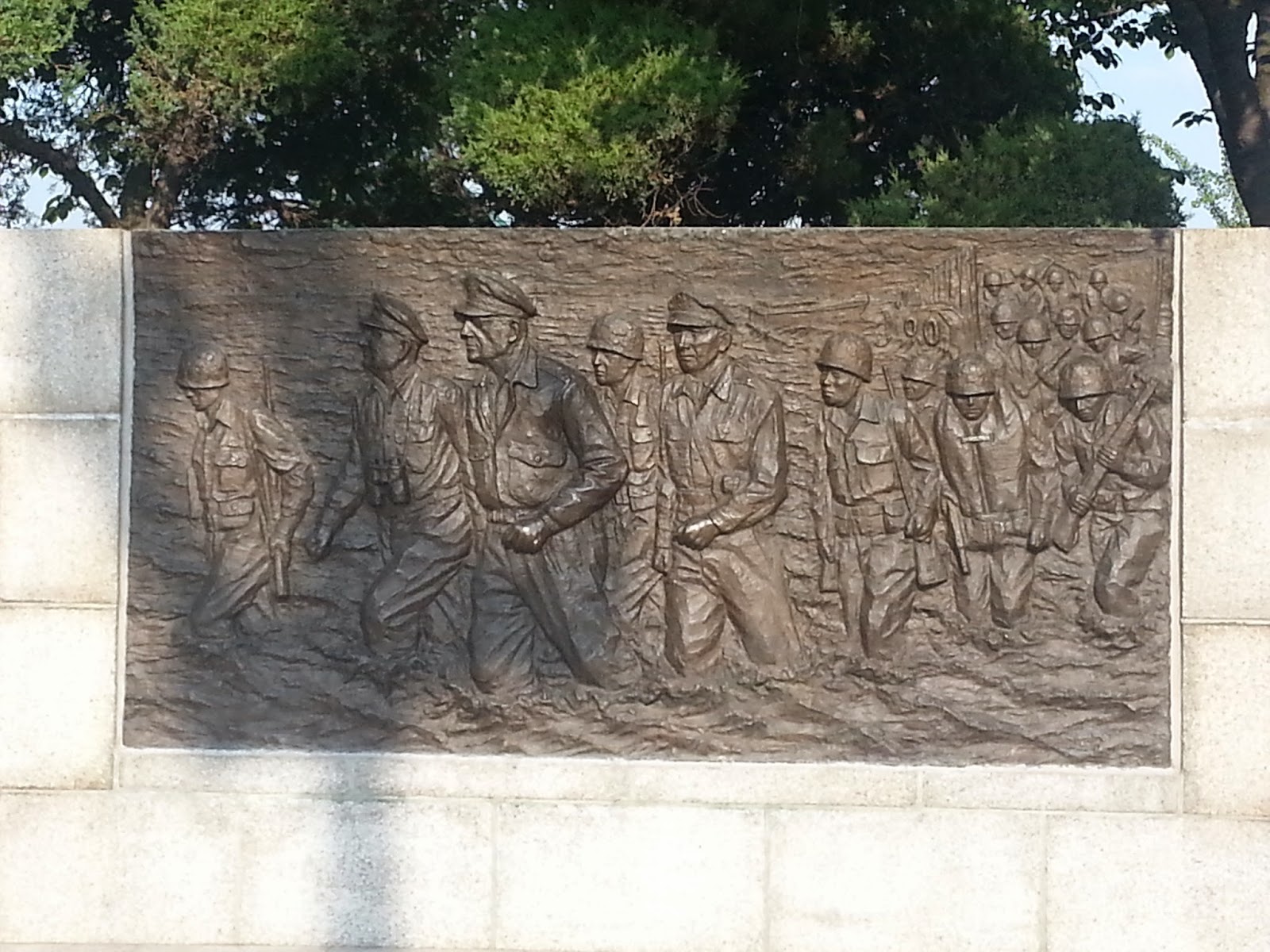 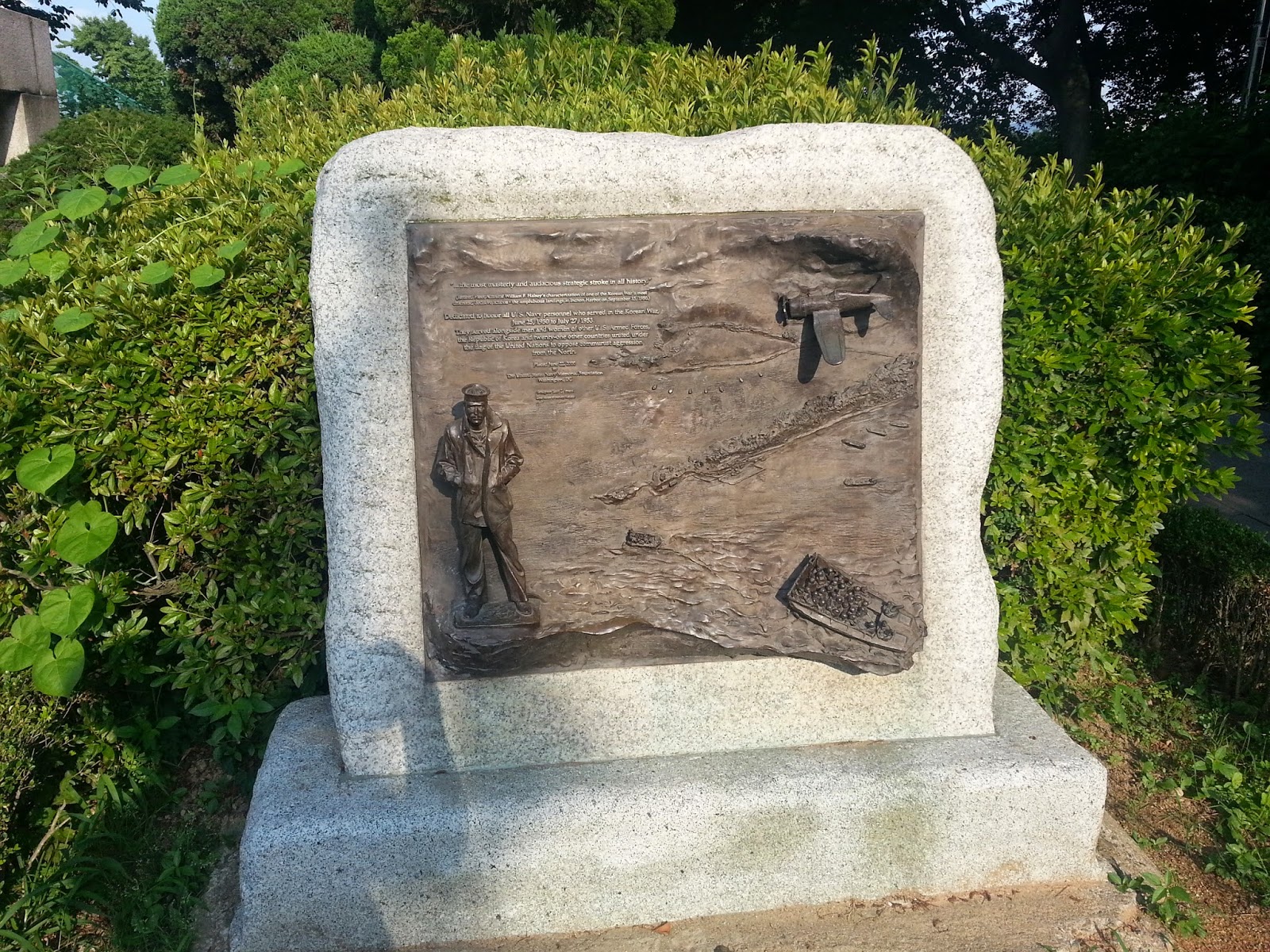 Bas-relief of his acheivements

I can't say I know a lot about him.  But I do know that things could have been very different had we not secured the beaches of Incheon 64 years ago.  Hell, my parents are the baby boomer generation.  I'm glad there were people that fought for us from foreign countries.  Shoutouts to all the vets, even those that are easily forgotten such as vets of Battle of Kapyong.  Why don't Korea teach more about Kapyong.. c'mon. 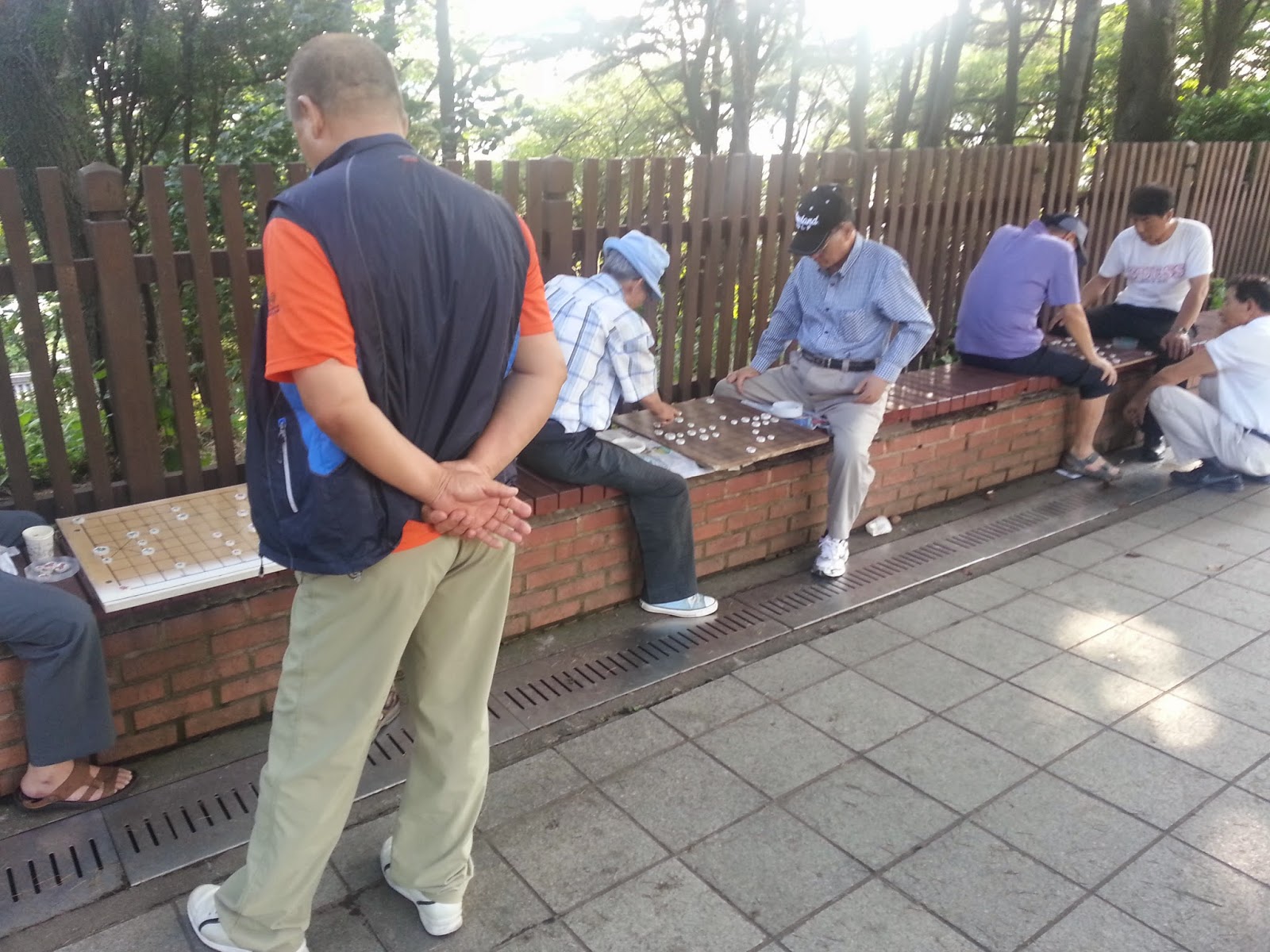 In the court of General Douglad McArthur, many were engaged in a war of their own; Janggi.  These guys were perhaps the highlight of my day.  It's easy to feel carried away by the flow of the city, everyone going on about their business and busy traffic everywhere. And here, we had a bunch of old timers taking some time out of their day to crack jokes, relax and talk smack while battling out on the field of janggi.  I ended up staying there for nearly and hour just watching the games and old timers breaking each other's balls.  A brilliantly complex game, the cannon piece is especially interesting.  I recall being really good at this game as a child, often playing against my grandpa and cousin.  Losing then and losing now seem no different however, fuckin sucks.

On the way back home, I had to have it, China town jajangmyeon.  Supposedly China town is where this dish had originated from.  Had some lamb meat too, which isn't too common in Korean cousine.  They were both okay.  The lady who took the order spoke perfect Korean, but then would converse in Chinese with coworkers.  That was pretty cool. 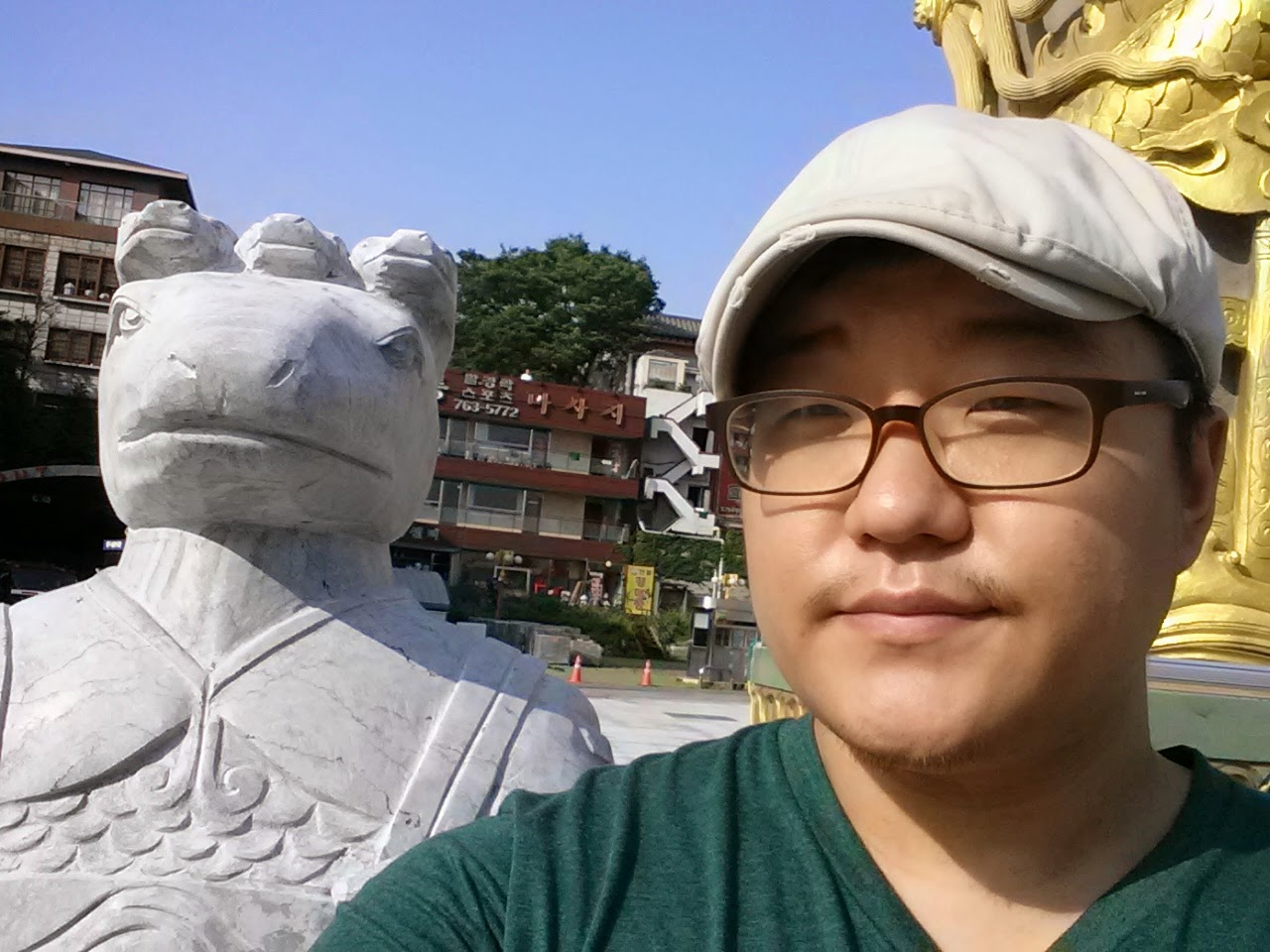 A pic with my Chinese zodiac
Labels: LIFEinKOREA